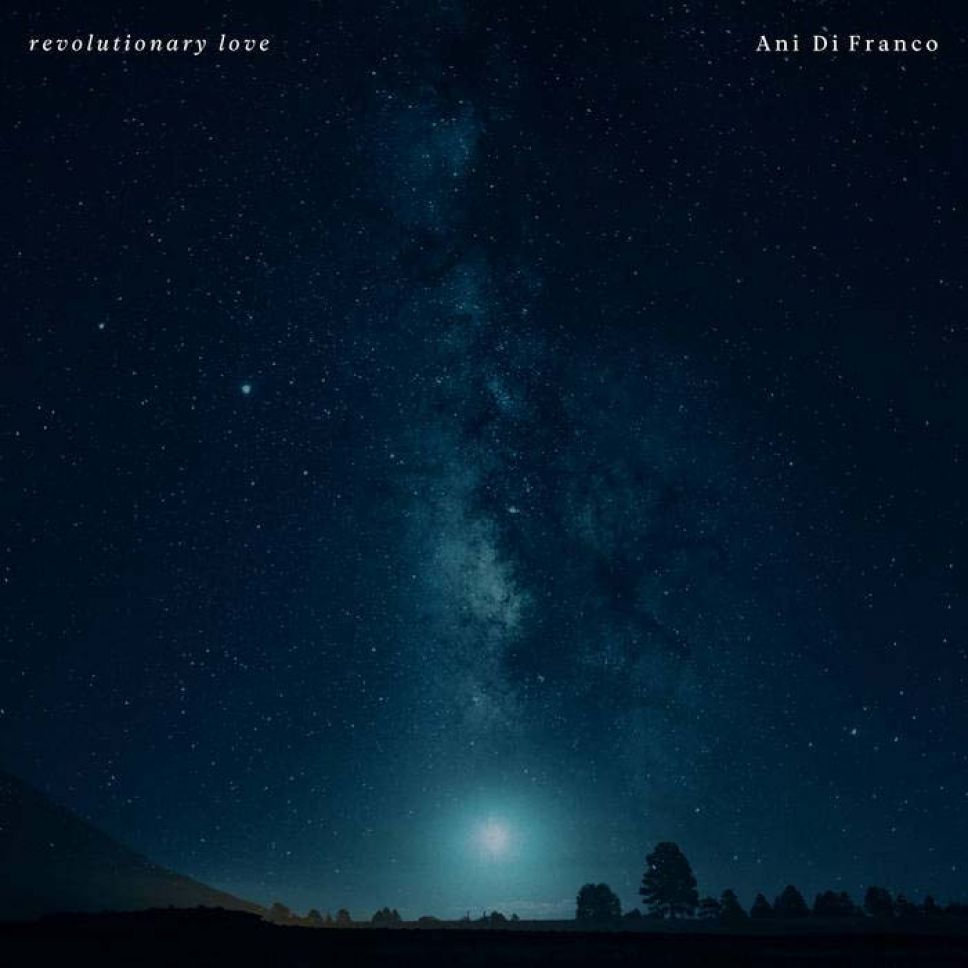 Revolutionary Love possesses echoes of Marc Riboud’s iconic 1967 photograph of Jan Rose Kasmir clasping a chrysanthemum, gazing placidly at bayonet-wielding soldiers. That photo was taken during a march on the Pentagon to protest against US involvement in Vietnam. In a similar spirit, Di Franco is battling against communication breakdown, loss of empathy and connection in her home country, not by raging, but rather with a lush balm that speaks in ideals.

It’s more kiss on the cheek than battering ram. Some may doubt its power, but Di Franco knows the game. Since her debut self-titled record, across over twenty albums, she has been an activist for countless causes including racial justice, labour organisations, breaking down barriers in record label ownership, and prison reform.

On ‘Do Or Die’ she sings, “Yankee doodle dandy didn’t feel free once, so he used his pen to pick the locks.” Indeed, it takes steel to place a flower in a barrel of a gun – and some smarts. On the catchy but snarky ‘Chloroform’, she croons, “I’ve got lots of chloroform/ Come on sweetheart just lie down/ Yes this is going to hurt at first/ But I promise you staying in this trance/ Is going to hurt you even worse.”

Her remarkable genre-hopping pedigree is on show here, as she canters across funk, blues, soul, jazz and folk at her ease. Though recorded in less than a week at Overdub Lane in Durham, NC with production from Brad Cook, the hastily assembled band are impressively slick. Di Franco’s vocals are impeccable throughout, as is her sleight of hand in delivering polemical lyrics hidden beneath some beautiful melodies. “There’s foxes in the henhouse/ And bad news every day,” she sings, “And right there on Pennsylvania Avenue/ The sheetless KKK.”

The essence of her message can be heard on ‘Contagious’, when she advises, “They go low/ You go high”. Powerful stuff.