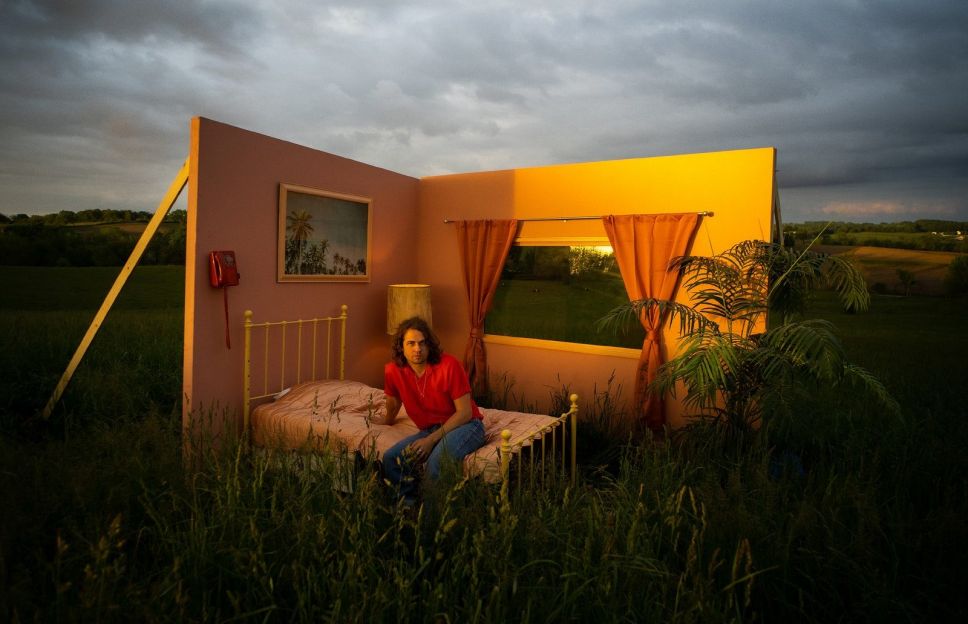 Sundowner is out now.

Kevin Morby penned an ode to New York on his first album, Harlem River. He is a Kerouac wandering figure on Still Life and a Los Angeleno erratic seeking the moon by way of John Fante on Singing Saw and City Music. On his new album, Sundowner, Morby ambitiously attempts to convey the vast openness of middle America in sound. Conceived on a four track at Morby’s home in Kansas City, a house nicknamed The Little Lost Angeles, Sundowner is drenched in the Cormac McCarthy patois of The Border Trilogy. Morby like a Suttree drifts the plains, mourning the losses of Jamie Ewing, Jessi Zazu, Anthony Bourdain and Richard Swift. However, the record is overall an uplifting one. Its bleakness alleviated by Katie Crutchfield of Waxahatchee fame living with Morby and their love taking shape. The name of the record is derived from their mutual disposition of possessing a wearying melancholy at twilight.

Alone with his little four track songwriting partner, the songs flowed effortlessly through the icy Kansan winter and warm summer. The tracks were later brought to life at Sonic Ranch, Texas with producer Brad Cook. Morby played almost every instrument on the record including the magic ingredient of a slightly out of tune wheezing pump organ. James Krivchenia filled out the percussion.

Doused in the magma of epic American songwriting, Morby is Desire-era Dylan on ‘Valley’. He channels Prine on ‘A Night At The Little Los Angeles’, Cohen on ‘Jamie’, Petty on ‘Wander’, Reed on ‘Sundowner’, Cash on ‘Brother, Sister’. Fantastically, there are also hues of Gordon Lightfoot and Marty Robbins. But the record is not crudely derivative. Morby melds the Evangelists of the American songbook in masterly arrangements and even leaves space for a Velvet Underground finish.