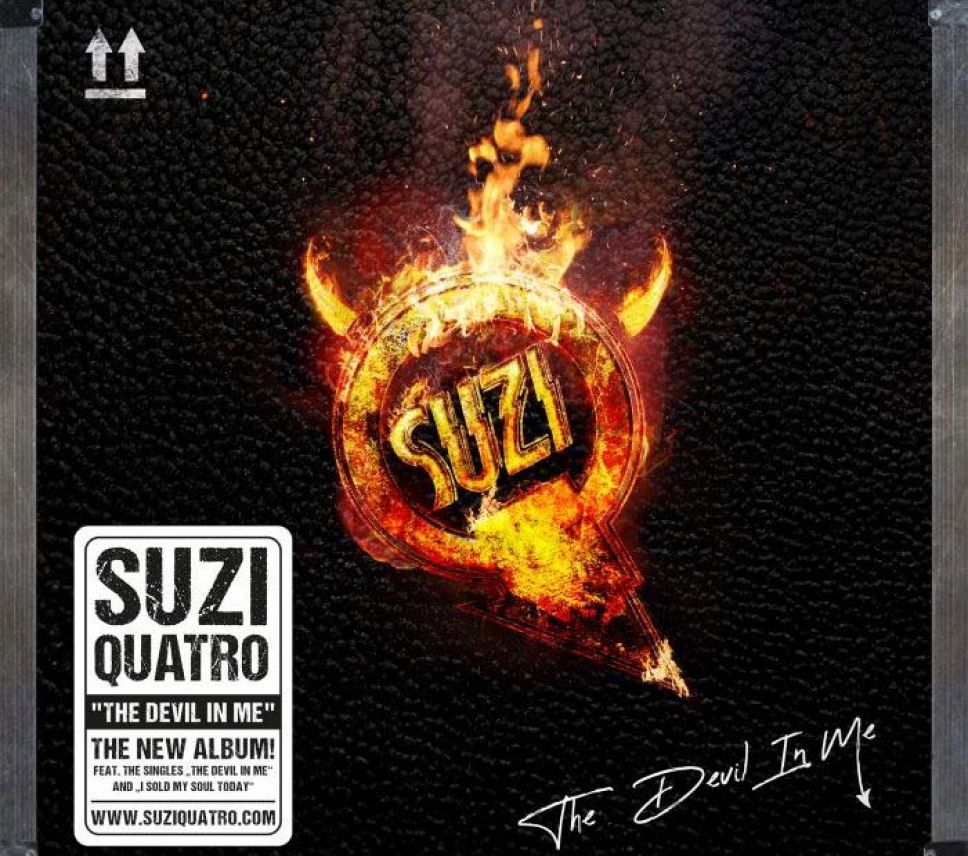 They build ‘em to last in Detroit – Suzi, Iggy and Alice are all still motoring. Suzi Quatro’s breadcrumbs trail all the way back to the 1960s jazz of the Art Quatro Trio, through the garage rock of The Pleasure Seekers and Cradle.

Subsequently, she cut her teeth as a solo artist opening for Thin Lizzy and Slade around glam-tinged, hard-rocking 1970s England. Later, she worked with the Chinnichap hit machine, producing chart-topping singles including ‘Can The Can’, ‘Devil Gate Drive’ and ‘48 Crash’.

I grew up next to my sister’s perma-locked door, through which the muffled songs of Chrissie Hynde, Debbie Harry and Tina Weymouth throbbed. All of them drew inspiration from Quatro’s Fender Precision Bass on her 1973 debut album.

Here, ‘Motor City Riders’ and ‘Get Outta Jail’ act as fine codas to that record. ‘Hey Queenie’ performs the Trojan Horse trick – favoured by fellow Michigan rap battlers – of listing personal barbs before your combative roaster gets the chance.

On ‘Isolation Blues’, you can hear the Janis Joplin route that Jac Holzman once wanted to take Quatro down, and the eclectic vibe is furthered by the Sabbath-esque ‘I Sold My Soul’ and Motown-inflected ‘Love’s Gone Bad’.
The Verdict? Quatro and her trusty bass are in excellent form. The Devil In Me is a most valuable addition to her canon.