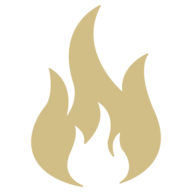 What The Butler saw

Recording after a three-decade hiatus is a risky business, but the good news is that the 2020 version of The Psychedelic Furs do not disappoint. On Made Of Rain’s swirling opener ‘The Boy Who Invented Rock And Roll’, Richard Butler’s voice is as complicated sa ever – moody, mournful and beguiling. Conceptually, the album is perfectly geared to Butler’s vocal strengths, as he gazes back on life, like late Bowie or Scott Walker.

Throughout, we are in the early Furs territory of Forever Now and Talk Talk Talk, which is exactly where the patient fans of the band will want them to be. ‘Stars, You’ll Be Mine’ and ‘No One’ sound like they were written when the band were favourites for world dominance, in a field that also included U2 and Simple Minds.

The Furs were not the first to form a band after seeing the caterwauling Johnny Rotten in his prime. However, the Butler Brothers’ path may perhaps be the most unexpected of all those who were inspired by the Sex Pistols. Starting out as one of the artsier post-punk bands, the Furs were as much Roxy as they were Stooges.

They now provide a vital link from The Velvet Underground to the first post-punk revival, as well as the new class of IDLES, The Murder Capital and Fontaines D.C. An oft-forgotten cornerstone of English pop culture, Made Of Rain provides a powerful reminder of how great a band The Psychedelic Furs are.