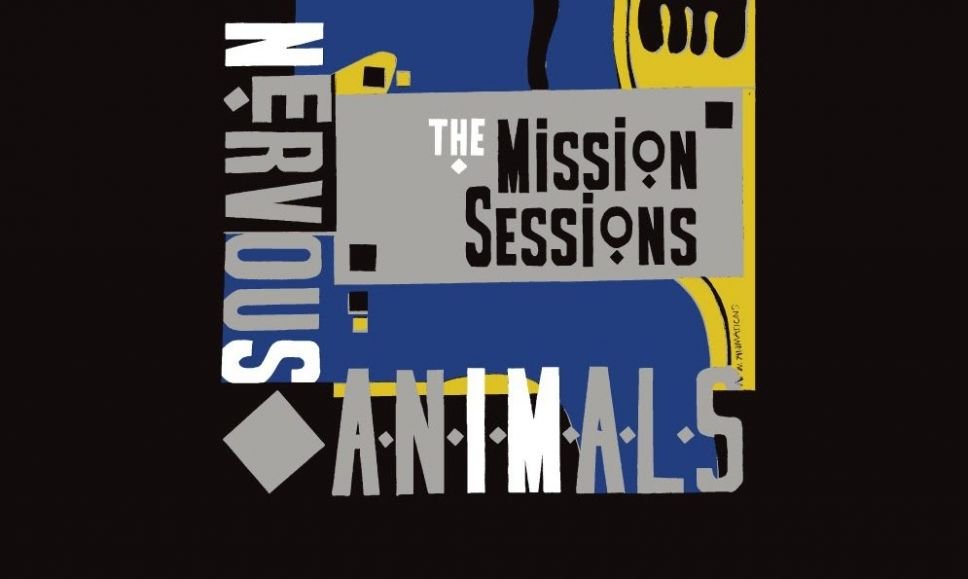 A long-awaited record from the elusive and enigmatic band.

Iwas thrilled to hear the great Paddy Cox, CIE conductor on the Sligo rail line cherishingly immortalized in song. People west of the Pale, may well recall chugging out of Connolly Station after sinking a few watery ones on Talbot Street, listening to Paddy listing – Enfield, Mullingar, Mostrim, Boyle – making it sound like we were on the exotic Stamboul Express. On ‘The Polar Bear’, a peach of a track off the remarkable new album from Those Nervous Animals, Paddy announces – “We are now arriving at Sligo station/last stop, passengers in the rear of the train/move forward now to reach the platform.” The wonderful and splintered world of the Animals has more than a hint of the Burroughsian cut-up to it.

On ‘Bird’, Susan Rowland sings evocatively about Muhammad Ali in repose, chatting to his cornerman and speechwriter, Drew Bundini Brown. Songwriter Padraig Meehan never settles for the evident, he is perhaps more Mark E. Smith than most Irish lyricists. On ‘He Can’t Resist a Mystery’, he sets the scene like McGahern in telegram – “first it rained, and then it froze/perfect conditions for death on the road…he trusts in springs and silly things.” Before evoking the protection of voodoo deity Maman Brigette, gibbering in nothing less than Haitian Creole. Sam Beckett is smiling, the quaquaqua is alive and well.

The Mission Sessions is a bizarre type of ‘Best Of’ album. Although it is forty years since the young bucks of Those Nervous Animals formed, this is their debut album. Half of the songs are fresh recordings; the others stretch across four decades. Production is superb throughout and with vocalist Barry Brennan in fine form (the oft trotted gag of the phonebook comes to mind) it makes for an armchair ride through Meehan’s madcap world.

Those Nervous Animals started out as contemporaries of Prefab Sprout, Brit-era The Fall and The Blue Nile – all of whom you can hear echoes of on The Mission Sessions. Opener ‘The Hypnotist’ captures the Animals live sound using a bootleg of a live gig from the Strand Bar in Strandhill, back in the day, as a foundation. ‘Insomnia’, the opener on many Thursday nights at the Baggot Inn, is a sharp cut of diamond soul. Some will be familiar with Eddie Lee’s killer bass on ‘The Business Enterprise (My Friend John)’ from Tom Dunne’s 30 Irish Hits collection. ‘Clubs’ brings to mind a claustrophobic foretelling of The Smith’s ‘How Soon Is Now?’

It is fantastic to have all of these songs of pop ambition from the Animals sprawl, archived on one record. They still sound relevant, perhaps even more so than when their creators were young. Some of their Sligo is no longer – the record is named after a Georgian house in Union Place (nicknamed ‘The Mission’) where the band first rehearsed – since torn down. All the better to have that time documented. Finally, an album escapes from Those Nervous Animals, that most elusive of beasts.