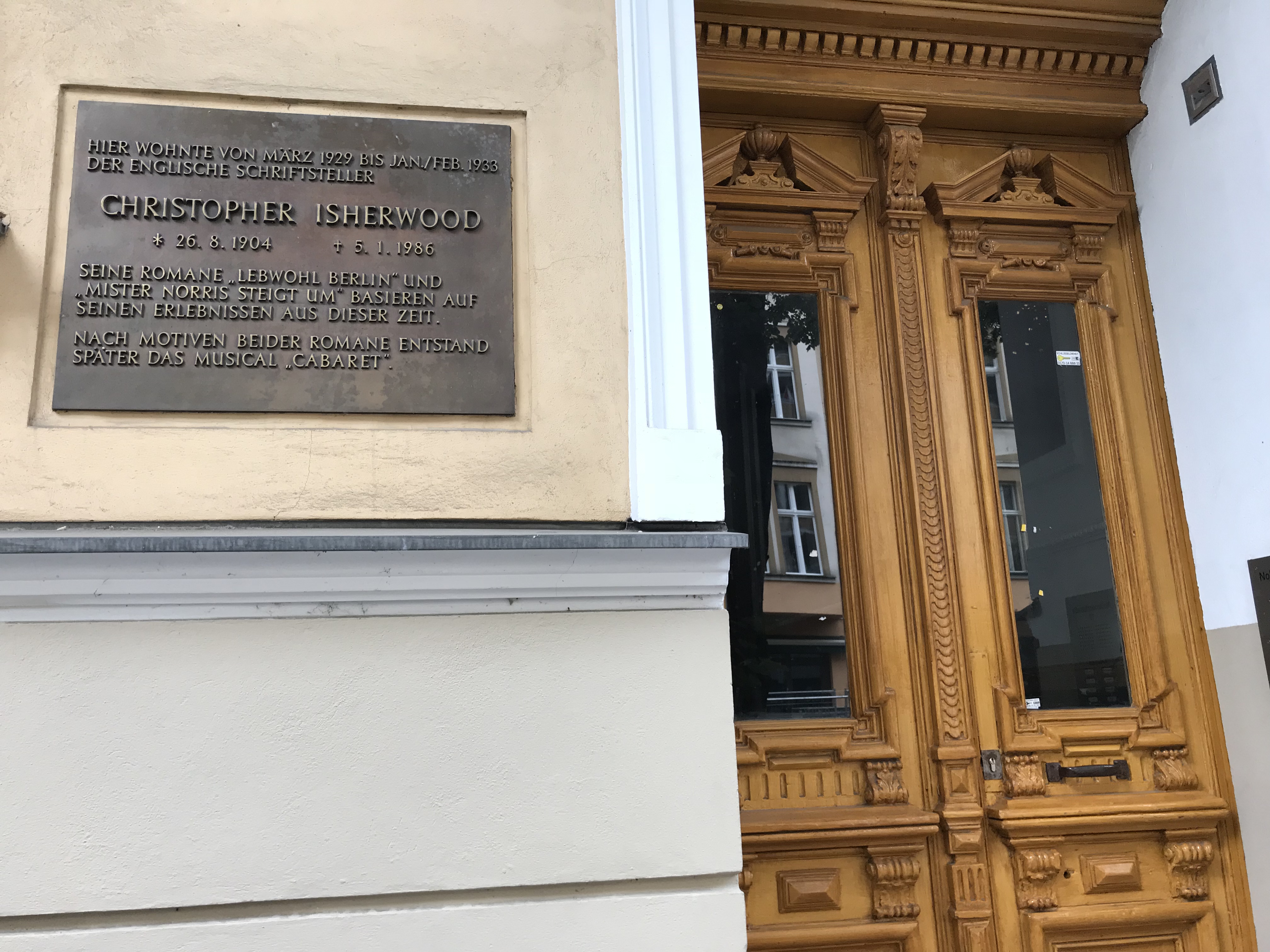 Godwins Law states – As an online discussion grows longer, the probability of a comparison involving Nazis or Hitler approaches 1; that is, if an online discussion (regardless of topic or scope) goes on long enough, sooner or later someone will start mentioning Hitler.

I was chatting to The Mule about my Vanishing Berlin series and she said, ‘you got to stop writing about Hitler.’ Really? To be honest, I hadn’t thought I’d written much about Hitler at all. I mean, I thought I was avoiding the bugger, knowing that in the end I would have to write stuff about him, indeed, a lot of stuff. It’s impossible to write about Berlin in the twentieth century without encompassing the little bollocks , and so, I suppose he has blotted the ink and lurked on my blog more than I would like. He even wormed his way into my piece on Bowie, well sort of, his odious henchmen shaking their horrible arses in the ballroom that would become Hansa recording studios. Even when you write about the antithesis of the Nazis, they tend to become a counterpoint to that opposite and so you end up writing about them in some way. Even when you are writing about stuff that happened before them, it becomes pre- National Socialism, it becomes an explanation as to what happened next. Like today, I want to write about Christopher Isherwood’s Berlin, but to do so means to write about the Nazis who snuffed out his kind.

In one of my earlier posts, I wrote about Marlene Dietrich and the Golden Twenties in Berlin, when Berlin became the counterculture epicenter of Europe and indeed the world, when another path was being sought out by artists, writers and thinkers. German youth, tricked into and then annihilated in the trenches of World War One had lost faith in the old imperialist Prussian guard who had pied pipered them into that hell. Now, they immersed themselves in naked flesh, wild dancing, jazz and art. Everyone wanted to forget. Even now, an inverted Joycean riddle would be to walk across Berlin and try to find a World War One monument or memorial – there are none – still Berlin tries in vain to forget that horror.

In the late 1920s Berlin had thrown her arms open to foreign writers and artists, who came wanting to access its modernist thinking. These included Francis Bacon, Paul Bowles, Valdimir Nabokov and the trio of Spender, Auden and Isherwood. The latter, Christopher Ishwerwood would become the most synonymous with the city. Rory MacLean in his marvelous book, Berlin, writes about what was attracting them and many of the other two million other visitors who poured into the city each year – ” to mingle in the bedrooms and boy bars, to live out their fantasies at the masked balls and revels….An erotic guide to ‘naughty’ Berlin – Curt Moreck’s 1931 Fuhrer durch das ‘lasterhafe’ Berlin – mapped out the dark streets, private clubs and chic cafes ripe for sexual adventure.’

Isherwood, like Berlin, had always sought myth. Whilst writing in Cambridge, he had taken imagery from Poe and The Brothers Grimm to transform the banality of the townspeople into a parallel universe where the magical and perverse were commonplace. Following his mentor and lover, W.H. Auden, to Berlin in 1929, the twenty-five years old Isherwood took rooms on Nollendorfstrasse. “He liked to imagine himself as one of those mysterious wanderers who penetrate the depths of a foreign land, disguise themselves in the dress and customs of its natives and die in unknown graves, envied by their stay-at-home compatriots,” Isherwood wrote of this period in “Christopher and His Kind,” his third-person memoir of the 1930s.

In the book that would forever link him with the city, Goodbye to Berlin, he writes, “From my window, the deep solemn massive street. Cellar-shops where the lamps burn all day, under the shadow of top-heavy balconied facades, dirty plaster frontages embossed with scroll-work and heraldic devices.” Gosh, walking Nollendorfstrasse today you can picture Isherwood spilling out of Number 17 in the mid-morning heading to his favourite cafe on Winderfeldtplatz, to sip coffee and write his observations on Berlin, generating fiction from life and similar to his writings whilst at Cambridge, heightening ordinary people into the realm of myth.

The Golden Twenties and the experimental early 1930s were soon to be quenched by the abominable Nazis, Isherwood wrote “The Nazis may write like schoolboys, but they’re capable of anything. That’s just why they’re so dangerous. People laugh at them, right up to the last moment…” Against a backdrop of mass unemployment, malnutrition and hatred of the Versailles Treaty; the Nazis hoovered up the citizenry winning the battle for hearts and minds.

In a late Spring evening in 1933, Isherwood was in the crowd watching the burning of thousands of ‘un-German’ books whilst Goebbels was yelling for people ‘to commit to the flames the evil spirit of the past..the future German will not be just a man of books, but a man of character. It is to this end that we want to educate you.’ The city that Isherwood so brilliantly captured was disintegrating. He left in 1933, writing the terribly beautiful sentence – ‘Today the sun is brilliantly shining; it is quite mild and warm. I go out for my last morning walk, without an overcoat or hat. The sun shines, and Hitler is master of this city.” Cripes. I suppose The Mule is right, Hitler always finds a way to get his oar in. Best to silence him with the last words coming from Christopher –

“Berlin is a skeleton which aches in the cold: it is my own skeleton aching. I feel in my bones the sharp ache of the frost in the girders of the overhead railway, in the iron-work of balconies, in bridges, tramlines, lamp-standards, latrines. The iron throbs and shrinks, the stone and the bricks ache dully, the plaster is numb.”