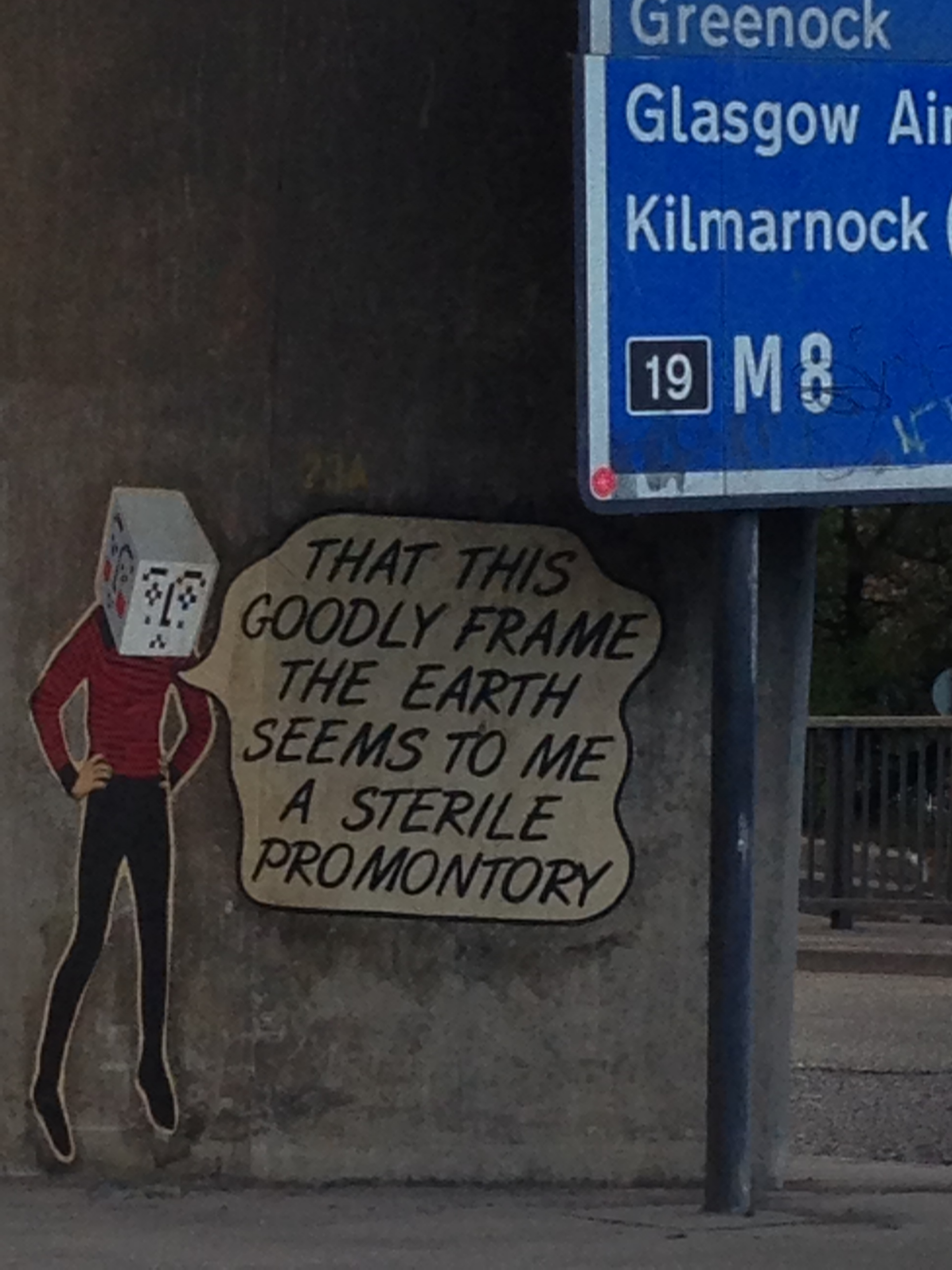 We all thought the party had long since ended on the streets of my hometown. Where once there were 53 bars, there are now less than 20, my hometown has a population of 20,000. Nowadays, that’s a bar for every 1,000 people, which is a more than a decent return, but back in the day, there were only 10,000 of us, so there was a bar for every 200 of us. An obscene amount. I recall them all been jammed on all days of the week at all times of the day. The Colony’s five barmen were always crammed behind the counter, they came into work 30 minutes before opening, just to pour stout in anticipation of the moment when the door was unlocked and the thirsty mouths would flood in. Jumbo’s Clown Room threw gigs, seven nights a week and the place was always rafters. Saturday Night Under The Plastic Trees at the Brosna Mani Rabbit Lions Club (I am not making this up) always had a queue of over a hundred heads begging to be let in to dance, to drink, to party.

As a people, we loved nothing more than getting lost in Stygian darkness and Rabelaisian drunkenness. Sounds gloomy, and our hindsight appears to agree, but back when we were doing it, it was a lot of fun, I don’t recall anyone calling time on it. If you weren’t drinking, you were one of two things — on antibiotics or pregnant. Our main street, The Sodium Glare was saturated in drink, every third or fourth house dealt in drink.

No longer. They are replaced now with a heap of fitness establishments offering TRX, BJJ, MMA, HIIT; there are a murder of coffee shops and a sprinkling of juice shops; tattoo parlors are happily humming away alongside pretty nail bars. But more than anything else, they are replaced by hairdressers, barbers and pharmacies. There are over 30 of the former two and a dozen of the latter, remember there are only 20,000 of us. There are no bookshops (there used to be four) and no record-shops (there used to be three). So for a bald man who is never sick or takes medication and who loves to read and listen to music, I am now something of an erratic.

That’s okay. It is better that our citizenry is healthy, fit, looks good and meets in sober surroundings. This is good. For to wallow in lust and drunkenness, the soul detaches from the body, the Being is shattered, for madness consists of pulling apart the body and the soul. But, why is everyone so unhappy nowadays? Plagues of Depression, Anxiety, Loneliness and Fear scour our town. Or am I wrong? Jesus, I hope so.

But I don’t think I am wrong. Depression is the 10th leading cause of early death in the world and where I come from suicide is the leading cause of death in young men. Were we always this unhappy? I don’t know. When I was growing up , some villages near my hometown possessed a propensity for suicide, people would deadpan, “it must be something in the water.” Performing guards of honor in our school uniforms, at funerals of teenagers who had taken their own lives, was not rare. Listening to Guns and Roses November Rain or Queen’s Who Wants To Live Forever in a church, while catatonic parents shook and struggled to stay conscious happened more than once. So, it wasn’t all sweetness and sunshine but it does appear to be more widespread nowadays.

Why? I don’t know, of course I don’t know, who knows? The businesses on our Main Street, would make you think that we are less dependent on toxic substances. But it seems the party has not ended, indeed it was never a party, we were self medicating and we just took it indoors. People are at home drinking wine, swallowing prescription drugs plodding about virtual worlds. We don’t see them, but we’re told about them, many of us are them.

Did we replace something bad for us, with something abominable for us? Estimates reckon about one in four adults — are taking medicines for pain, depression or insomnia, which they can find hard to stop. What are these medicines? Can we call them that? Medicines? They are antidepressants, opioid painkillers, benzodiazepines mostly prescribed for anxiety, gabapentinoids for neuropathic pain and z-drugs for insomnia.

Turns out, this has being going on for some time — America’s drugs and opioid crisis has been raging since the Nineties, but its getting worse. Drug overdoses are currently the biggest killer of Americans under 55.

Eleanor Hall, writes in The Telegraph, “music writer and investigative reporter Ben Westhoff examines in his groundbreaking new book, Fentanyl, Inc, out this month in the US and next month in the UK (that) prescription drugs …such as Xanax, OxyContin, Percocet and the new and particularly lethal synthetic opioid Fentanyl…are the big killers. Over 70,000 Americans died from opioid overdoses in 2017 (28,000 of which were from Fentanyl alone), and opioid deaths are expected to increase 147 per cent by 2025….Americans are more likely to die from an opioid overdose than a car accident.”

Melissa Healy writing about the Multidistrict Litigation 2804 case in the Los Angeles Times, writes “Greed drove opioid manufacturers to oversell and overproduce the drugs, the lawsuits allege. Greed drove companies that distribute prescription drugs to oversupply pharmacies, they add. And greed drove pharmacies to over dispense the drugs to patients who were becoming hooked.”

Healy continues, the defendants “argue they are blameless because they adhered to the complex laws that govern their operations. Manufacturers say they briefed doctors on opioids’ risks as they were understood at the time and produced the drugs under the watchful eyes of the FDA and the Drug Enforcement Administration. Distributors maintain they followed DEA rules as they warehoused the drugs, recorded their volumes and whereabouts, and shipped them to drugstores as they were needed to fill prescriptions. Pharmacies say they dispensed the drugs as ordered by doctors and under rules dictated by state legislatures and pharmacy boards.”

The latter smacks of Just Say No — the sanctimonious utterance proclaimed from the ivory tower by latter day Marie Antoinettes. Nor is it helpful. Even if the judgement is that the fault lies with the misuse of drugs rather than their availability, surely a benevolent society would be moved to protect its citizenry? Surely, they would put measures in place to ensure that people are protected?