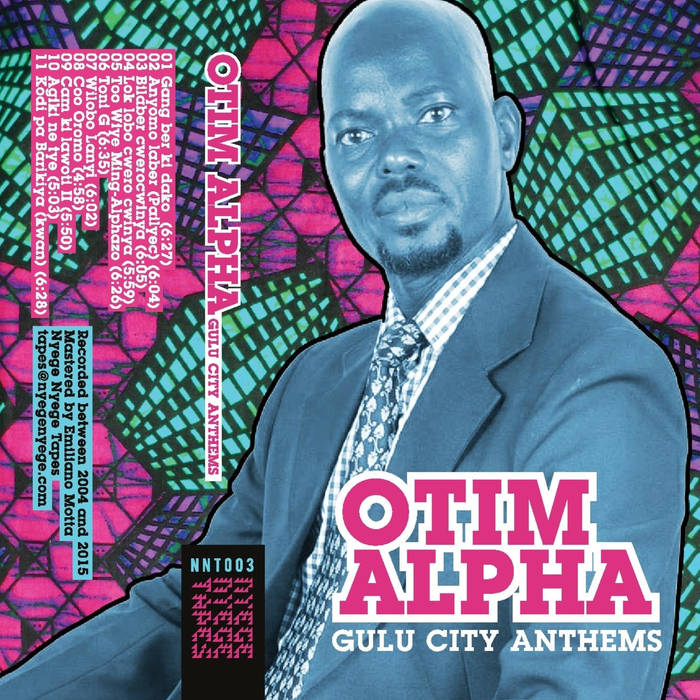 Electro acholi is a modern reinterpretation of traditional acholi music from the Luo region of Northern Uganda. Unlike most music styles, electro acholi did not evolve slowly, rather as a matter of circumstance, it arrived swiftly. As war raged in the region, traditional Larakaraka wedding bands who were willing to play became harder and harder to find and those that would play were expensive, considering these troupes can swell to over twenty members, very expensive. In stepped producers, who performed electronic variations of traditional acholi courtship songs, recreating sounds of acholi percussion, calabashes and ankle bells on their computers, jacking the tempo up and adding call-and-response vocals, the sound soon spread to local nightclubs and electro acholi was born.

Two Electro Acholi pioneers are producer Leo Palayeng and vocalist, master harp player and ex-bare knuckle boxer Otim Alpha. They released their album, Gulu City Anthems on Nyege Nyege Records in 2017, containing eleven tracks recorded over eleven years. Man, these weddings sound the business, spinning this record, you never leave the dance floor, moving every limb, smiling, laughing, toasting the bride and groom, dancing with granny, chasing bridesmaids. It is a lo-fi, minimalist sound of fiddle and call and response vocals across which is lain a pounding drum rhythm. Grips you it does, and refuses to let go, you find yourself shrieking along with the infectious Anyomo label (Pailyec), mouthing along to the great duet on Lok lobocwero cwinya. Buried in the mix, is the beating heart of the traditional acholi, bubbling to the surface now and again, such as in the almost Irish squeezebox sound of Toni G or the parlor fiddles of Wilobi Lanyi. Cam Ki lawoti calls out the wallflowers and stiffs on to the floor for a lo-tempo number, the floor moving as one before hitting them with the Calypso feel of Agiki Ne Tye, everyone with hands in the air, loved up and feeling good.