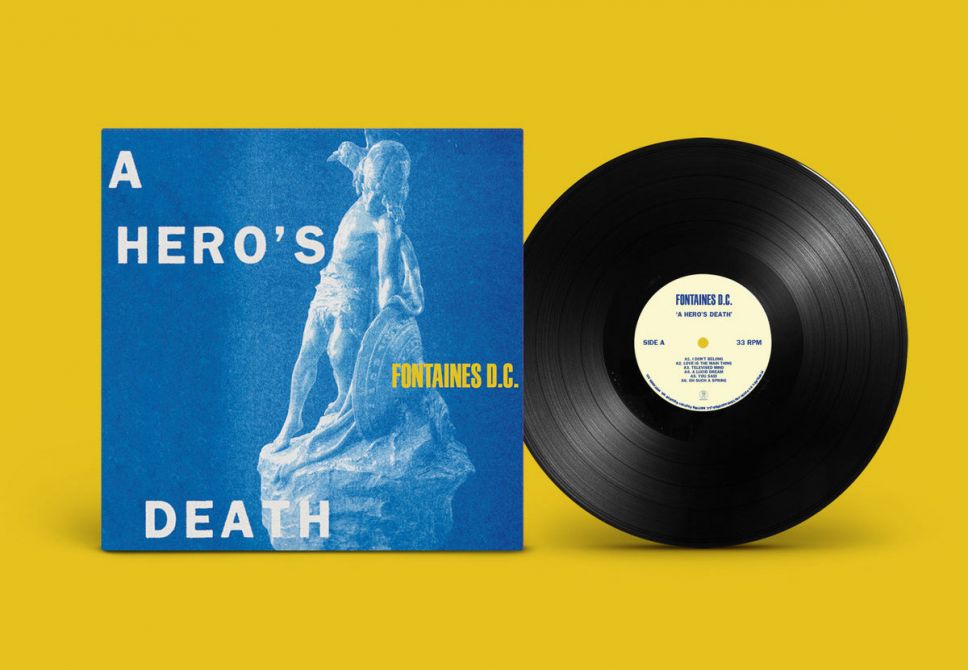 Uneasy lies the head that wears a crown. With the wax barely cooled on Dogrel, Grian Chatten had already penned the title-track on this boss sophomore effort. A Hero’s Death, it transpires, is a different beast to Fontaines D.C.’s critically acclaimed debut album Dogrel. That much we can say for sure.

It is an album that recklessly tears down the sheltering sky. It hacks the televised minds of a soul-sucked citizenry fed on a vomit of advertising platitudes. Reminiscent of The Clash, Fontaines D.C. have planted a defiant flag around which to rally. “I was not born into this world, to do another man’s bidding,” sings Chatten, nor does he “want to belong to anyone.”

Dan Carey’s production is outstanding: it makes you feel Chatten’s vocals exist even when no one is listening. On the evidence here, Fontaines D.C. have carved out their own world on this album. Conor Deegan’s bass and Tom Coll’s drums – extraordinary throughout – are reminiscent of beasts stalking the places through which Chatten drifts. Far now from the Dublin streets of Dogrel, he is more a post-Beat Virgil of Neverland. Conor Curley and Carlos O’Connell’s guitars – there’s scarce a better pairing around right now – are raw elements accompanying him on his perambulations, raging to us on ‘A Lucid Dream’, and howling at us on ‘Living In America’.

You sense that he’s as lost as you feel, but he’s favourite to find the correct direction – which he eventually does on ‘No’, the Lee Mavers-inflected closing track.

There is enough puzzle and enigma on this record to keep fans busy for years. Just for starters, it encompasses the dark side of Brian Wilson, the tortured beauty of Suicide, the Gretsch twang of Duane Eddy, and the cowboy psychedelia of Lee Hazelwood.

The fact that they executed album No.2 with such conviction, despite the mania surrounding them is remarkable. A masterclass.