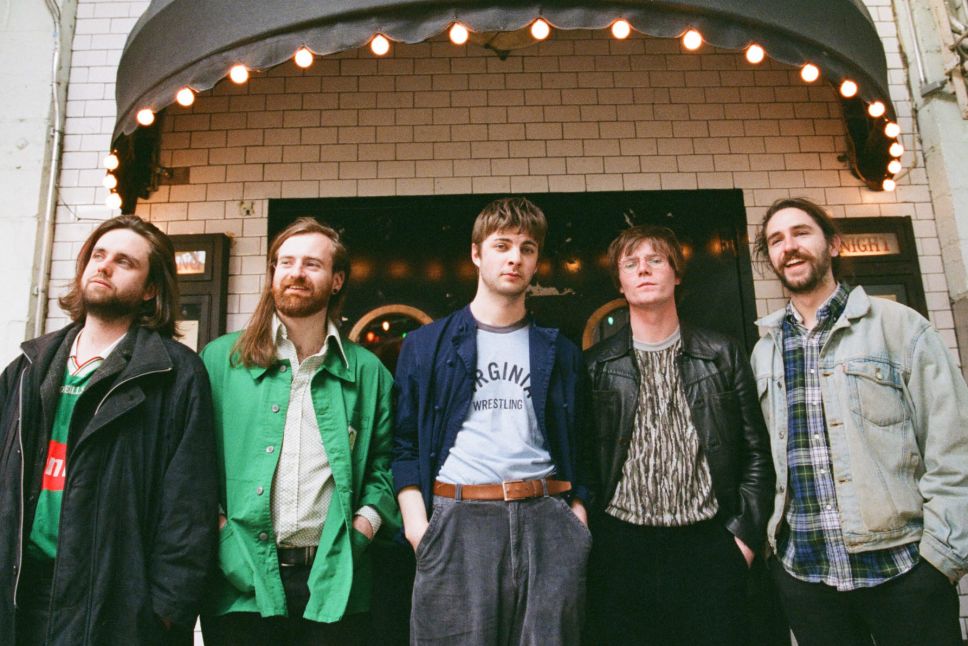 Check out my live review published in Hot Press Magazine  –

The freezing breeze sweeping the streets of London is a chilly reminder that winter is not yet over but already Fontaines D.C.’s slaying of a sold-out Brixton Academy is a contender for gig of the year. Like Oasis, Arctic Monkeys and The Strokes before them, the Fontaines have arrived fully formed with a sound that is unlike anything else and one that seems to capture exactly what people were waiting for. Indeed, they are arguably 2020’s biggest act-in-waiting.

Channelling The Pogues, Joy Division, The Cure, The Smiths and The Fall but creating something completely original, they are red hot and match fit from a relentless schedule of gigging and are some beast to see in the flesh. They strut onto the stage with the gang mentality and swagger of The Libertines, to the sound of The Dubliners ‘School Days Over’ and open with new song, ‘A Hero’s Death’. They’ve come to play and play they do, at white-knuckle pace.

Singer Grian Chatten stares out into the crowd, slams his mic stand to the floor, summoning the horde to heed him and his band. We don’t require much encouragement; we are only a few songs in and there are already bare-chested boys on shoulders and grown men howling. Guitarist Conor Curley, so at ease he could be filing his nails, creates a twin-guitar apocalypse with fellow guitar weaver Carlos O’Connell, enhanced by the cyclonic bass of Connor Deegan that brings to mind the Rolling Stones’ dark arts of sound.

They play ‘Chequeless Reckless’, Dylan-style, as in like never before, Grian, a ranting preacher marauding the stage; and ‘Sha Sha Sha’ greets us like an old friend with Tom Coll’s booming, marching drums inciting the already sweating, moshing crowd into a delirium. Carlos clambers on top of fifteen feet of stacked amps to get a better view of proceedings, his lead wriggling after him like an anaconda. Grian beats a tambourine, yelling at us and we yell back, “tire and tire and tire and tire,” Grian pleading, “That’s another one done, that’s another one” — his Weller like lyrics documenting city and citizenry.

They hit us with another new track, ‘Televised Mind’, a portent of ominous times ahead – indeed The Cure’s travails on Pornography come to mind. Grian precedes Dogrel favourite ‘Television Screens’ with an unexpected acapella verse of Ella Fitzgerald’s ‘Summertime’. For ‘The Lotts’, he plunges his hands into his pockets, singing his wistful tune, and beers go flying across the rocking heads of the now-baying crowd. There is an ambivalence in Chatten, and when he drifts off into ‘la, la, la,’ we may as well not even be in front of him as he loses himself in the Joy Division-style bassline. He points to the heavens and everyone chants back the chorus.

They don’t take a breath. On new track ‘Lucid Dream’ he is a manic Lydon, before we all lose it to ‘Too Real’, Grian pacing the stage, gripping hands, the crowd are a frenzy, moshing thirty lines back and crowd surfing. Looking up at the balcony, they are almost careening over, being dragged into the Fontaines D.C.’s’ inferno. The entire Brixton Academy sings ‘Roy’s Tune’, and you glimpse Morrissey in his Whalley Range bedroom prime, the audience crying out the lines of disenchantment, “Are you hanging on? Hey love, are you hanging on?”

Incredibly, given that they have only released one record, great tunes continue to stack up one after another – ‘Boys In The Better Land’ is an absolute belter while the marvellous ‘Hurricane Laughter’ drives the mob wilder and wilder. ‘Dublin City Sky’ amplifies the magnitude of what is occurring here – an Irish band conquering London. Conor Curley ascends his stack of amps, dangling legs, strumming his guitar, a king of all he surveys. Dublin is being brought to London tonight, but these tunes could be about London, indeed they could be about any big town.

And then they sucker-punch us with ‘Liberty Belle’ and follow it with this generation’s ‘I Am The Resurrection’– the anthemic ‘Big’ – and the crowd go ape, screaming out every word. And then it’s over. Fontaines D.C. strut off, and we slouch out into the Brixton night, changed utterly.