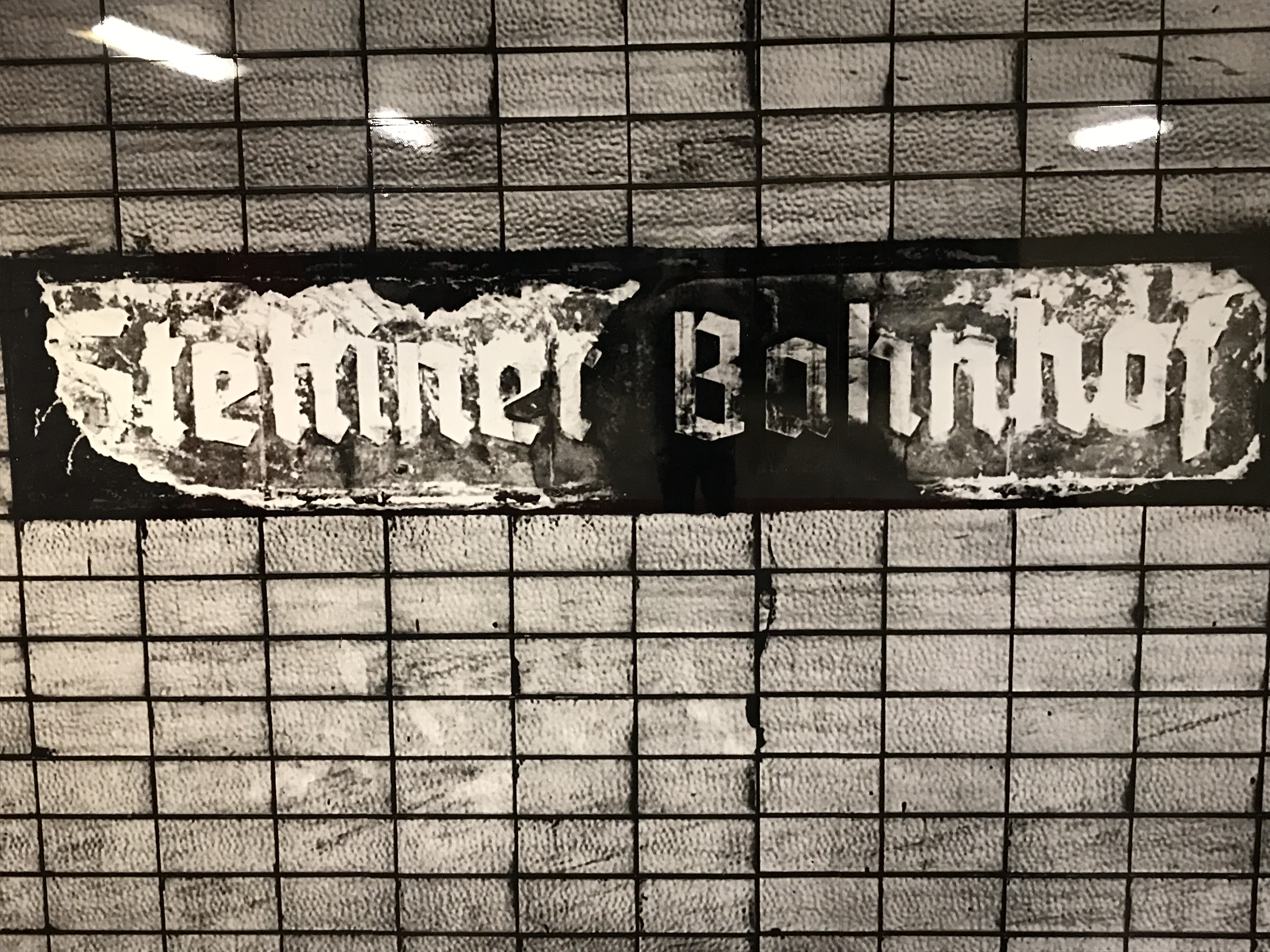 After the border between East and West Berlin was closed on 13 August, 1961 and the Berlin Wall was built, underground connections still existed between the two city halves. Two U-Bahn lines and one S-Bahn line traveled beneath the old city centre of East Berlin on their way from one section of West Berlin to another. The trains did not stop in the stations located in East Berlin and the passengers came to regard them as ‘ghost stations’. They were guarded by policemen and soldiers, were not used as station stops and provided no access to the eastern side of the city. The East German government had numerous barriers erected within them to prevent the tunnels being used as escape routes. In particular, the train stations located close to the border were perfected into underground blockades after the Wall was built. Despite these obstacles, many people attempted to flee through these tunnels, but few were successful. Most of the fugitives were captured and placed in East German prisons. While these dramatic events were taking place underground, above ground these unused stations disappeared, first from the East Berlin cityscape, later from the public mind. When the Wall fell, these stations were reintegrated into the transportation of the uniting city and were rediscovered by Berliners.

The trains of the two U-Bahn and one S-Bahn could only be accessed from West Berlin stations. The GDR made the West pay dearly for this privilege.

It was a strange experience for West Berlin passengers. The trains slowed down before entering the ghost stations, but they did not stop. Armed guards from the East German transport could be seen mooching about the dimly lit stations. Before the trains entered East Berlin a loudspeaker announcement was made ‘Last station in West Berlin!’

As the Berlin Wall was increasingly enlarged and the above ground border barriers more effectively prevented escapes to the West, people began searching for other ways to get out. Some tried fleeing through the sewers; others dug tunnels beneath the border grounds. The U-Bahn and S-Bahn lines that ran to the West were considered as potential escape routes. The walls and border fortifications that the GDR government had installed to block these passageways gradually developed into a complex underground system of barricades. In the Alexanderplatz subway station, for example, the wall built to block the platform of the U-8 subway line created a pathway that allowed East Berlin passengers reach Lines 2 and 5 from Alexanderplatz without anyone even noticing that they had entered a station platform of a west line.

The blocked off station entrances were also equipped with signalling devices. Border soldiers monitored that station platforms, the tracks and alarm systems from bunkers. Rolling grille gates that were let down at night or when an alarm was set off created invincible barriers. Light barriers reported movement from persons fleeing across the underground track area. Footboards in the tunnels set off an alarm when they were stepped on. Metal gratings at the end of the platforms were designed to prevent someone jumping onto the tracks from the platform. The bunkers of the border guards were also equipped with a signaling device that notified when a guard left his post without permission.

In the fall of 1966, two young men, Kurt B. and Dieter K. tried to reach West Berlin through the U-8 subway line. In September the East Berlin Police had found them exploring the vicinity of Heinrich-Heine-Strasse and arrested them temporarily. Arriving from Halle (a town 170km south-west of Berlin) on the night of October 3, they went from the Ostbahnhof station to the closed subway entrance at Schmidtstrasse. Using simple tools they broke through the walled-up entrance, a rolling grille and one other barrier and entered into the highly secured station. It took them four days and nights to finally reach the tracks on October 7. As they advanced to the West they unknowingly stepped on floorboard equipped with a signal contact and triggered an alarm. Two groups of border soldiers responded and arrested the fugitives approximately 25 meters from the border. A prison sentence awaited them. How heartbreaking is that? Just two young guys wanting to live elsewhere and the crummy GDR goons lock them up. Jesus.

There were thankfully some sucesses. Corporal Bodo Z, leader of a squad of border troops, escaped shortly after Christmas 1962. He assigned himself to guard the Walter-Ubricht-Stadion station (today’s Schwarzkopfstrasse) on the night of December 27. He left his post at about three in the morning. Fifteen minutes later the other border guards noticed that he was missing. They searched in the subway station , the station platform and the subway tunnel all the way to the West Berlin border without finding him. They were not allowed to cross the border marked with a line in the border tunnel. But an employee of the transport system found footprints under an airshaft that served as an emergency exit on the West Berlin side and found the grate to the street open. Bodo had followed the platform in the direction of West Berlin, jumped onto the tracks and run about 250 metres through the subway tunnel to West Berlin.

In the beginning a number of border soldiers escaped across the underground border while on guard duty in the subway stations. On 22 June, 1963, for example, three border guards fled from Heinrich-Heine subway station to West Berlin. After the first one escaped, the second one went to look for him and did not come back. Then the third one followed. For this reason border guards were as much suspect as the GDR citizens that they were supposed to be guarding. To prevent them from escaping, bunkers were erected on the platforms of the western lines and the guards were locked inside while on duty. What utter Monty Pythonesque nonsense – nobody not even the goons wanted to stick around East Berlin – locking up the locker uppers.

The subterranean S-Bahn station at Stettiner Bahnhof was opened in 1935. After the Second World War when Szczecin (Stettin) belonged to Poland, the East German government renamed the S Bahn station Nordbahnhof in 1950. After the border was closed on 13 August 1961, Nordbahnhof became one of the many ghost stations. Trains passing through the station did not stop. Located right next to the border, the Nordbahnhof building formed a spatial link between the eastern and western parts of the city. The Invalidenstrasse entrance was located in East Berlin, the one to Gartenstrasse was in West Berlin. The Wall, which took a sharp turn north at Gartenstrasse , ran between the two entrances. To prevent any chance of escape, countless walls and alarm systems blocked the passageways in the station building.

Walking around Nordbahnhof station today, its remarkable to think how utterly creepy and utterly futile it got to be around here. Man, it makes me feel so empty, to think of those border guards gazing out at the free world passing it in a train carriage.