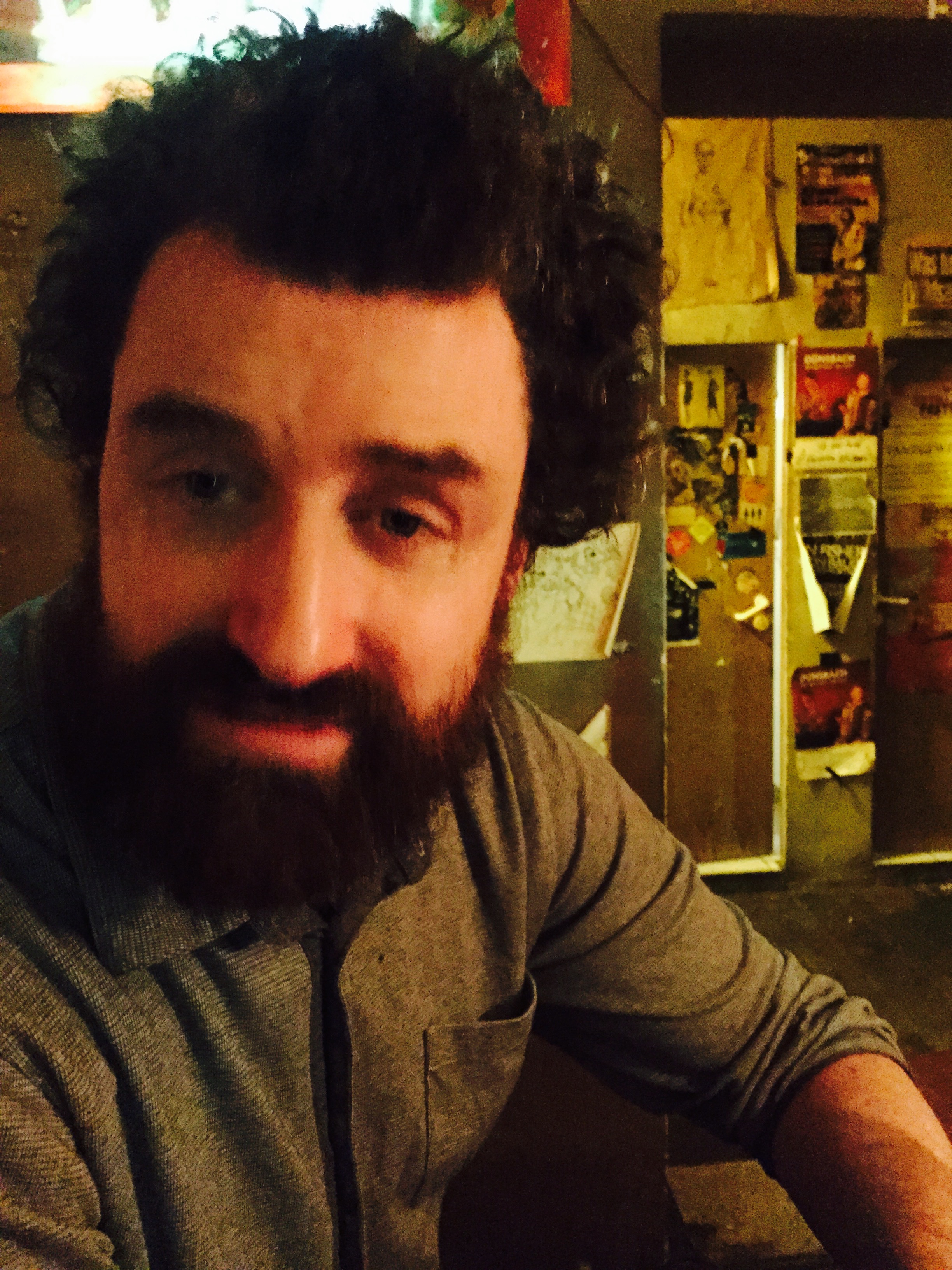 We’re sat in our usual haunt of Badfish on Stargarderstrasse in Prenzlauer Berg, Berlin, me and my friend Paul. We always meet here, it’s in between where he lives and where I stay, it serves cider, Paul only drinks cider, cider is hard to get in Berlin plus the bar has old style, chatty bar staff and they play good music, well, at least they play music that we like. We argue a lot, me and Paul about stuff that is not important, so its best done in surroundings that mutually suit.

I was telling him about my Vanishing Berlin series about the abandoned Olympic village , Devils Mountain, Templehof, Little Moscow and the rest. And we got to discussing artists that were once influential in Berlin but have now disappeared from the general consciousness and he tells me that the Brothers Grimm are buried in Berlin. He said it with this face –

And there was drink taken. Would you have believed him? He is one of the most knowledgeable dudes that I know, he is the kind of chap that can converse about any subject and offer opinions that are completely original and thought-provoking. But I mean The Brothers Grimm? The dudes who wrote Hansel and Gretel, Cinderella, Snow White, Sleeping Beauty and Rumpelstiltskin – did they really exist? I had always kind of flung them in with the Evangelists or Franklin W. Dixon (fictional writer of the Hardy Boys books) – in that The Brothers Grimm was a sobriquet for a collection of writers or collectors of fragments of folklore. And if they did exist, where they not back in the medieval period? My head fugged with a few Dunkels (dark German beer), I argued (its what we do) that The Brothers Grimm were, like their fairy-tales – a fairy-tale. In the midst of our drunken debate, I found this message in the gents –

Obviously, it means nothing, just a drunken ranting, but at the time I thought it did and a I say there was drink taken, and the language in it was so strange and so I took it as a sign, and we went seeking The Brothers Grimm on what I thought was a fools errand. We took the U-Bahn to Yorckstasse in Schoenberg and ducked into the eternal resting place of Alter St-Matthaus-Kirchhof and indeed they are in there, and not just two Grimms but the graves of four Grimms – the brothers Jacob and Wilhelm and two of Wilhelm’s sons, just lying there kind of out in the open.

Strange, these two Brothers, who wrote perhaps the most widely read and known stories from any German hand, just here, with no real fanfare. And the graves are so modern with perfect cut marble, that it throws you, their stories being so reminiscent of Old God’s Time. We left, still arguing, after all, had not The Brothers Grimm purloined many of their stories from German and European folk tales, medieval German literature, Norse mythology, Roman and Greek mythology and Biblical tales? Are they not early nineteenth century Franklin W. Dixons?

Of course, I jest, but it keeps us debating our way back to Prenzlauer Berg. Man, Berlin really is something the way it keeps bringing stuff up. Almost all of us know those stories – we fell asleep to them, watched Disney movies extracted from them, were enchanted by them, were terrified by them – serious kudos to The Brothers Grimm. And to able see them here in Berlin, accessible albeit in a cemetery, it provides a tenuous link to those ancient tales of the Pied Piper of Hamelin and Little Red Riding Hood.