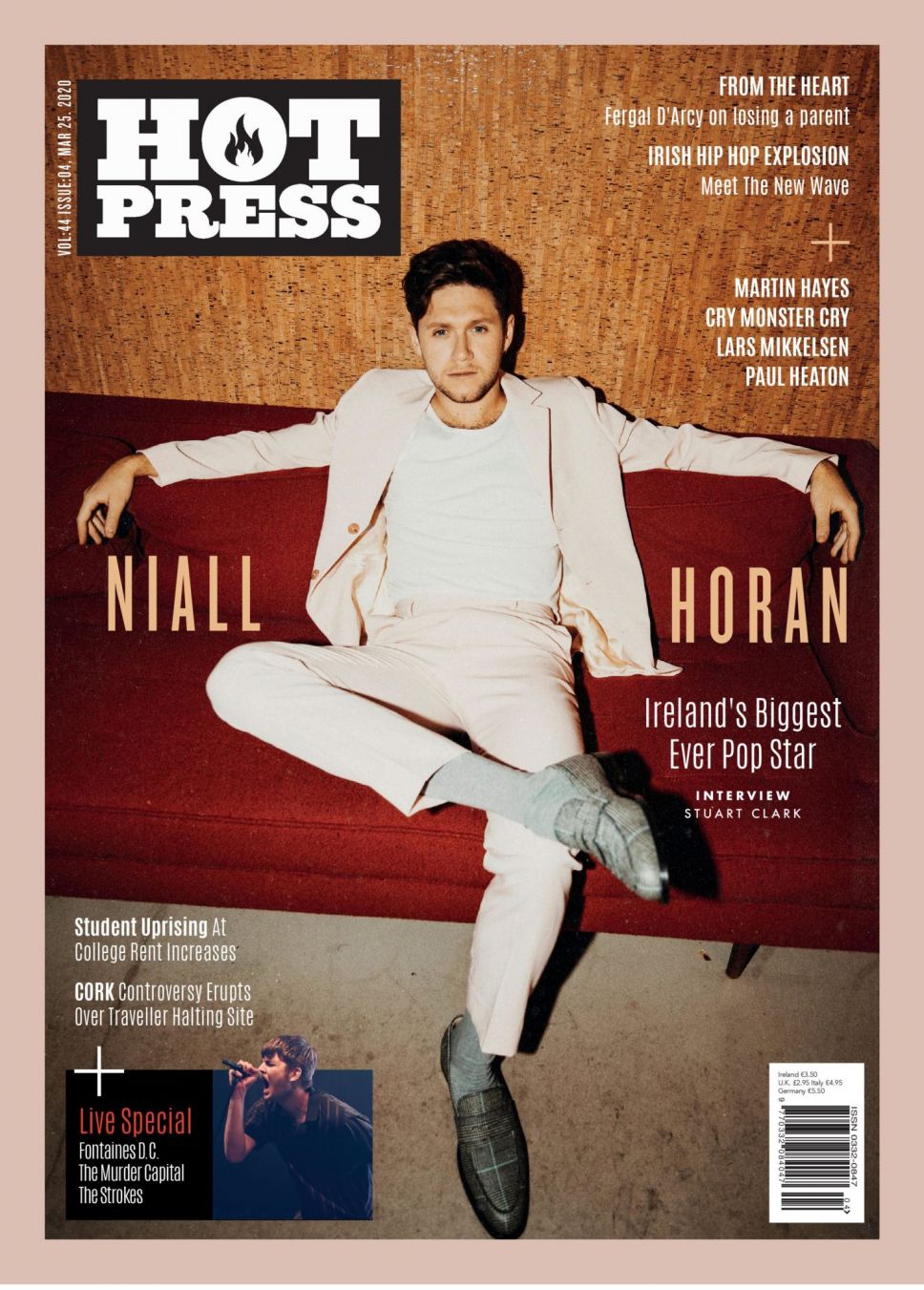 Check out this week’s #Hotpress where my #FontainesDC piece shared the cover with Ireland’s Biggest Ever Pop Star – #NiallHoran (I grant a small corner, but there nonetheless, a few inches from stardom, dizzy)

A head of the release of his highly anticipated new album, Heartbreak Weather, this month, Niall Horan graces the cover of the new issue of Hot Press!

Post-One Direction life has been anything but difficult for Niall, who’s joined the elite group of Irish artists who’ve scored a US No.1 album. As he gears up for the release of his new album, he talks Bono, Scarlet Johansson, Paris fashion shows, crying into his beer and magic moments with harbinger of good news, Stuart Clark.

Plus, in a special feature, Niall’s super-fans tells us what makes the singer so special to them.

Elsewhere on the music front, we take a look at Ireland’s hip-hop revolution. Having been part of the international Plan B and Maverick Sabre success stories, Adam Jordan, aka New Machine, wants to help take Irish hip-hop to the next level. He tells us how he plans to do it.

Martin Hayes, the fiddle-playing godhead behind The Gloaming, brings his new Common Ground Ensemble to the National Concert Hall this month. He takes Pat Carty through the various stages of his awe-inspiring musical odyssey.

In the run-up to their Irish tour, alt-folk brothers Cry Monster Cry sit down to discuss embracing their vulnerabilities, the changing face of Irish music, playing in the Swiss Alps and their acclaimed sophomore album, Tides.

Ahead of the release of their highly anticipated fourth album, Healer, Hannah Hooper of LA indie-rockers Grouplove reflects on her remarkable return to the spotlight following brain surgery last year.

We also bring you all the live action from The Murder Capital, Fontaines D.C., The Strokes and Gavin James!

In The Hot Press Interview, Today FM’s Fergal D’Arcy talks about losing his father whilst a teenager; the mental health struggles that followed’ and his recent brush with cancer.

Fresh from his powerful performance in 1917, George MacKay talks to Roe McDermott about his latest role as iconic Australian outlaw Ned Kelly.

Meanwhile, in Frontlines, Shamim Malekmian reports on the Spring Lane halting site in north Cork, where years of political neglect has resulted in serious social problems and exacerbated tensions between the settled and Travelling communities. In addition, Ingrid Angulo looks at the country’s worsening student accommodation crisis.

And that’s all before mentioning interviews with Agnes Obel, HARE SQUEAD, Andrew Hunter Murray, New Pagans and Paul Heaton; plus all the news, previews and reviews you’d expect of Hot Press.