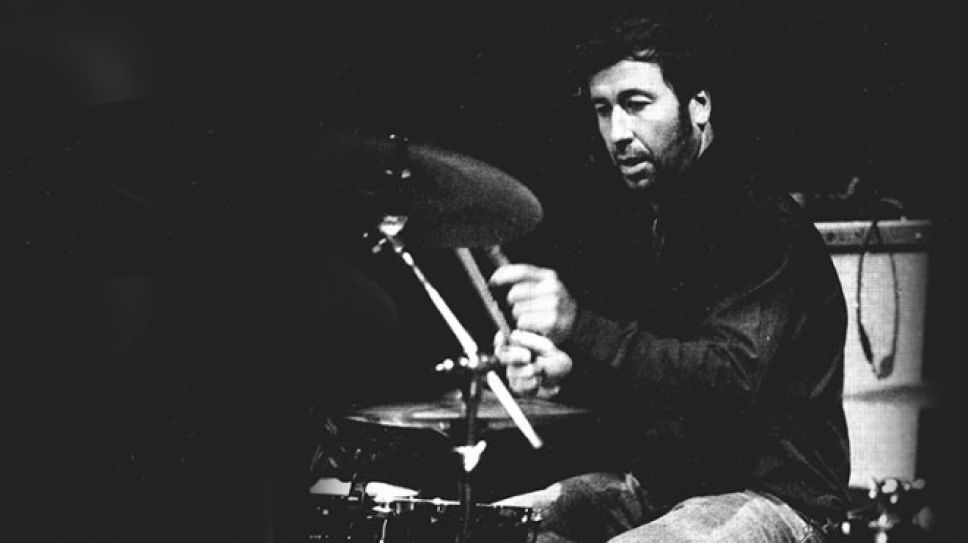 Published in Hotpress on 25 June

Side 4 Collective’s fantastic debut album We Burn Bright brings an eclectic array of Irish and international artists together. The bandleader is internationally renowned drummer Dave Hingerty. He recorded dozens of unusual drum patterns with the help of studio guru Anthony Gibney at Audioland Studios. Artists were then invited to record songs onto these tracks. Dave comes clean to me about his addiction to hoarding drumbeats:

“I have fifteen years of drumbeats recorded on my phone. I had hundreds and hundreds of drumbeats and I never knew what to do with them. I talked to Anthony Gibney, who was working in New York at Electric Lady Studios. We compiled a folder of eighty drumbeats, we liked and we put them up on Dropbox. We invited all of our musician friends to take the drumbeats and just go with them or add to them and leave them back in the folder, open to collaboration for other people to layer upon. Eventually we got forty tracks in and we had to pick twelve to go on the record.”

I wonder about the opening of that folder each day, it must have been interesting to say the least, Dave agrees,

“I was like a kid on Christmas Day. All the raw stuff coming in, you don’t get enough of it, I think. Not that the record is punk in genre, but there is a punk attitude. It is not over edited or over sterile or over pruned. For the Joe Chester/Sarah McQuillan layering on Battles, I was actually crying listening to it. My hat goes off to everyone who has tried this because it is a tough, tough challenge for artists to do and I have just so much admiration for everyone who got involved.”

The now fabled folder was eventually shared with over one hundred musicians, some of whom are of the rock god variety.

“My sister is friends with Pete Townshend and Eric Clapton. I had given her my two USB sticks, one for Pete and one for Eric, with the idea and the drumbeats. Pete wrote back and said “thanks for thinking of me, it’s not really my thing but I wish you all the best and by the way I’m not Eric, I’m Pete and I think you may have given Eric my unit!” When I wrote back to him, I was talking about the punk attitude of the project and throwing things against a blank canvas. And he wrote back again, saying “why didn’t you say that the first time? Now I’m really interested, in future I’m hoping to get involved.”

“We have already kicked off again, the new album has started, the beats have been put up in the folder, people have been invited. We have already got some beautiful songs and ideas. These drumbeats are available to people who think they might be interested. I can’t put everything on the record, but I’m more than happy for anyone to have a go and see where it takes us.”

The name Side 4 Collective sounds great, but what does it mean?

“From the very start, the whole idea with the project and the name was to have that double album Side 4 feel. Side 4 usually has very experimental stuff, so the Side 4 of a double album was the approach that I wanted people to take. I wanted them to be free and experimental to do stuff that they wouldn’t normally do in a commercially measured situation. It turned the tables, instead of the singer arriving in after the song was written and giving the drummer the song, they were given the drum beat from the off. I was hoping to melodically inspire them and that’s what happened.”

With such an open and free process, there is always the risk the album might appear ragged and disjointed. However, the Side 4 Collective sound remarkably cohesive across the entire record?

Listening to the record, you cannot help but sniff the ancient art of the running order?

“Yes, there was lots of blood, sweat and tears by myself and Anthony Gibney, a brilliant and very patient engineer. We did agonize over the running order and actually which ones to put on the record because there is loads of extra stuff that we didn’t put on which was equally brilliant but we just had to try to decide what was the best selection and what was the best order, so they did almost sound like an artist or a complete work.”

It strikes me that Dave Hingerty may be the most democratic bandleader of all time. He laughs,

“When I was working with Steve Albini all those years back with The Frames at Electrical Audio Studio. I remember him insisting he was not a producer. And any record he had done actually, he always just has engineered by or recorded by or something like that. I have to give great credit to Anthony the engineer because he realistically put in most of the work. But all along I didn’t want to obstruct people’s freedom.

I reckon a Side 4 Collective live shindig would be rollicking, will we get to see the Collective in the flesh? He laughs again,

“I am not sure how to gig this, as I know that people wouldn’t always be available and there would be a lot of chopping and changing, getting up and getting down. But it could be great, be some multi themed Side 4 Collective thing, especially now with Volume 2 up and running. Perhaps a small venue in town where you could have a monthly residency.”

We Burn Bright is available on digital platforms now, with a vinyl release to follow on August 29th.