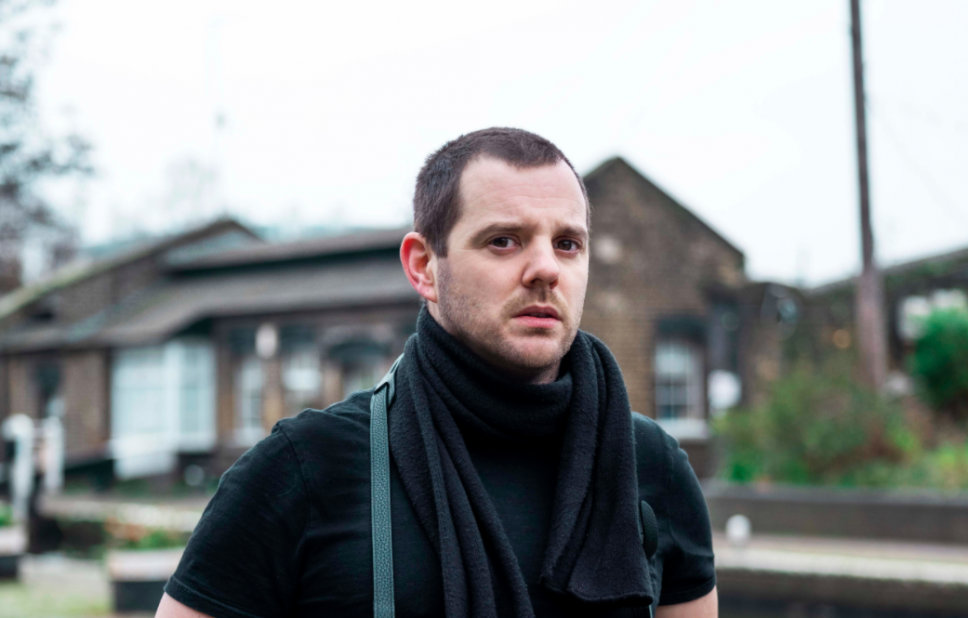 Garage hero Mike Skinner on The Streets’ comeback mixtape, creating his debut feature film, and how electronic music has changed over the past 20 years.  volume is gedempt

At the turn of the century, Mike Skinner single-handedly slew the UK music scene, gladiator that he is. His debut album, Original Pirate Material – created entirely in his Brixton flat – was shockingly good. His post-Shakespearean flow arguably made British hip-hop distinct for the first time. Its follow up, the conceptual A Grand Don’t Come For Free sent The Streets stratospheric. It has been almost a decade since his last album but Skinner has never gone away. He collaborated with The Music’s Rob Harvey on two albums as The D.O.T. And more recently, released an EP and put on a series of rap, grime and dubstep party nights across the Continent with UK rapper Murkage billed as TONGA. With his Mike Skinner LTD label, he’s worked with acts like Flohio, Ghetts and Grim Sickers. He is also a documentarian – check out his excellent Don’t Call It Road Rap documentary for Vice – hosts a podcast called Peak Times, is producing and directing his debut film and has been touring The Streets again.

The Streets’ excellent new record None Of Us Are Getting Out Of This Life Alive is a mixtape featuring a cast of collaborators, which includes Tame Impala, IDLES, Hak Baker, Ms Banks, Jimothy Lacoste, Kasien and Chris Lorenzo. Speaking via-Zoom, I kick off our conversation by asking Mike what it feels like to be back promoting a Streets record?

“The lockdown made the whole thing not normal. Everything is a novelty and the deep existential fear that I have for the world thankfully hasn’t extended to the releasing of my music, the songs are writing themselves, which is a small silver lining.”

They are great songs.

Thank you, yeah it feels quite free and easy at the moment, I think it’s because I accepted defeat a long time ago and that is weirdly quite creative.

So, you put less pressure on yourself?

Yeah, I have a job that is performing old songs that I wrote years ago, that’s my job, that pays the bills. I really don’t need to worry about what my new songs sound like and that is liberating. It would be silly to try and make music without that freedom.

My production is probably as big a part of The Streets as my words. I’ve always tried to not have the production draw attention to itself. I feel like if you notice the production, it’s like being a parent you know, if anyone notices it, you’re doing a bad job.

How did you select the artists?

That felt quite straightforward to me, They selected me as much as I selected them. I am really into music, I DJ a lot, so there isn’t a lot that gets past me. People like Jesse James, I always thought we could make a great Streets song together because he is so reflective. IDLES was really straightforward. Actually, making the music was a different thing, that was more complicated than I expected. I don’t know what I was expecting but I’ve always been quite socially distant when I’m making my music, so integrating with the real world was definitely something new to me but selecting the artists or opening the conversations with the artists, that was fairly straightforward.

I watched your piece on Noisey documenting the process, they appear a remarkably content crew.

Being in a recording studio is a real treat, even when you are musician. I have been trying to make a film over the last few years. You don’t just have to have ideas; you sort of have to justify those ideas to people. Musicians are probably the free-ist people that I have experienced, the free-ist creatives. I mean they really do just whatever they want, particularly now that it is relatively easy to make music, most people can just make the music themselves. They are like you would expect them to be. There is something uncynical about them.

Your music is so cinematic, it’s a logical transition for you, I imagine, writing a script?

Your film is about the character from your album A Grand Don’t Come For Free, twenty years later?

Yes, that is probably the best way to describe it. If you can imagine the person from A Grand Don’t Come For Free who grew up and became a DJ, it would be that for sure. It’s based on my experiences but I have removed The Streets bit of my experience, does that make sense?

Yeah, that makes sense. How good is the cover art for the new record?

Thank you, my wife has a jewellery company and for a couple of years, I was the photographer of my wife’s jewellery. So, this album cover is the product of my jewellery photography education.

Will there be a second mixtape?

As we started to finish off the mixtape, I was definitely telling myself that I was never making another mixtape ever again. It’s just so complicated. It’s like everything is going in a different direction and it’s almost like you are trying to hold on to water. It was almost the opposite of how I made every other album. But now that is done, I feel such a sense of achievement that it was able to come together, that I think I probably would do it again. But I would live more in the moment. I would take everything as it comes and do what feels right.

Mike has described the new record as a rap duets album, I tell him that I like his Frank Sinatra analogy, but that he is probably more Nelson Riddle.

Mixtapes used to have a lot of samples, people rapping on things, made to feel like a compilation but more and more mixtapes are just a new album, really. I don’t want to overthink it, that’s the main thing.

How different is the music scene to twenty years ago?

The difficult thing now is to get noticed and to stay noticed as there is so much choice. But everything else has become so much easier. It’s a pleasure to have done it in the old way and also to do it in the new way as well. It’s a bit like DJs who used to DJ on vinyl, they’ve got no interest in going back to vinyl because vinyl means massive heavy boxes and you have to choose the records you are going to play before you get to the club. Now, you can play anything you want anytime. I am the same with making and promoting an album, I would never go back to the old ways.

• None Of Us Are Getting Out Of This Life Alive is available now on Island RecordsShare This Article:

“I can’t just turn on a switch that will make me write songs.” – Lianne La Havas discusses songwriting craft and her eponymous album

The Academic: Craig Fitzgerald discusses The Rolling Stones and the future of live music

The Edge on Rory Gallagher: “He will always be remembered”

Songs From An Empty Room: a Q+A with Eve Belle

Mary Stokes on Rory Gallagher: “He freed the audience from the brown and grey drabness of 1970s Ireland”