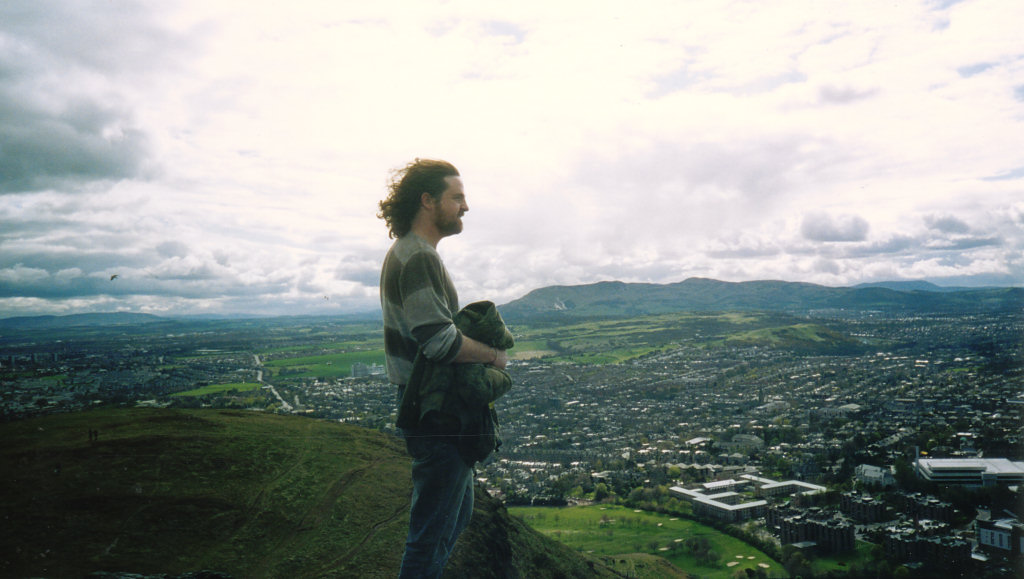 There’s a giant in my head and it ain’t me. I despise that giant. Every time I fall into the abyss, I have to fight him, he beats me, forever he beats me and then somehow he releases me and I crawl out, wasted but alive. Until the next time.

Recently, I read about Leicester Hemingway. I thought about him a lot after I did. The story I like best about him is the one where he sails across the Gulf of Mexico to see his brother, Ernest in Key West. I like to picture it and it goes something like this —

Embers of the dying winter smoldered across April in Mobile, Alabama. He lay on the cold floor of the garage looking up at the Hawkshaw. Boy, she looked swell. The winter had been long and brutal. Sunrise to sunset, hacking away on the top-heavy seventeen-footer homemade sloop.

Tacked through Chickasaw Creek, drifted down the dawn docks, the chirpy calls of longshoremen on payday, past Little Sand Island and into Mobile Bay she ploughed. Sweet Lord, the taste of freedom, boy, he felt good, damn good. Thirty gallons of freshwater, a gallon of whisky, a dozen pouches of tobacco, a box of cigars and a fortnight of rations in the hold.

They were thought dead. Their precious sloop deep-sixed in angry storms raging across the Gulf of Mexico. Papa saw it in the papers, All Hands Lost At Sea. Jesus. But Hemingways are tough old goats, against all the odds, they were alive, the Hawkshaw crossed Whitehead spit on May 8.

“We thought you dead Les.”

“I thought me dead Ernest.”

They drank the bar dry. Papa telling stories of fishing and hunting. Leicester had just turned twenty, Ernest was almost thirty-five. Seventeen years later, Ernest would end it with a shotgun and twenty-one years later Leicester ended it with a pistol. Their father had done the same, fifty-four years earlier with a Smith & Wesson behind the ear, sitting on the marital bed, thirteen year old Leicester was in the next room in bed with a cold. He heard the shot. Ran in. “Daddy!” He placed his hand behind his father’s head, felt the warm blood oozing onto his palm. Jesus. That poor boy. He went on to achieve great things. Built a boat and sailed it across the Gulf of Mexico; founded a nation called New Atlantis on a reef off Jamaica; issued his own stamps, minted his own coins; fought in Germany and France during World War II; wrote a novel about his experiences; wrote a biography about his brother.

That day was a great day, the day he sailed through ferocious storms across the Gulf of Mexico to drink daiquiris in Sloppy Joes in Key West with his big brother. The Hemingway boys.

Ernest once wrote, “the real reason for not committing suicide is because you always know how swell life gets again, after the hell is over.” It’s a risky tightrope. Ernest maintained that all American prose had Huck Finn in it’s blood. Living like Huck, writing like Twain, it keeps you going but when that ends, when decayed, when you can see no end to the hell, when you can no longer get back on the river, well, the rope breaks.

Jesus. I need more than the tightrope. I need something underneath. I dig this passage from Dostoevsky’s The Brothers Karamazov –

“The centripetal force on our planet is still fearfully strong, Alyosha. I have a longing for life, and I go on living in spite of logic. Though I may not believe in the order of the universe, yet I love the sticky little leaves as they open in spring. I love the blue sky, I love some people, whom one loves you know sometimes without knowing why. I love some great deeds done by men, though I’ve long ceased perhaps to have faith in them, yet from old habit one’s heart prizes them. Here they have brought the soup for you, eat it, it will do you good. It’s first-rate soup, they know how to make it here. I want to travel in Europe, Alyosha, I shall set off from here. And yet I know that I am only going to a graveyard, but it’s a most precious graveyard, that’s what it is! Precious are the dead that lie there, every stone over them speaks of such burning life in the past, of such passionate faith in their work, their truth, their struggle and their science, that I know I shall fall on the ground and kiss those stones and weep over them; though I’m convinced in my heart that it’s long been nothing but a graveyard. And I shall not weep from despair, but simply because I shall be happy in my tears, I shall steep my soul in emotion. I love the sticky leaves in spring, the blue sky — that’s all it is. It’s not a matter of intellect or logic, it’s loving with one’s inside, with one’s stomach.”

That’s the task. Tougher but securer than the tightrope.