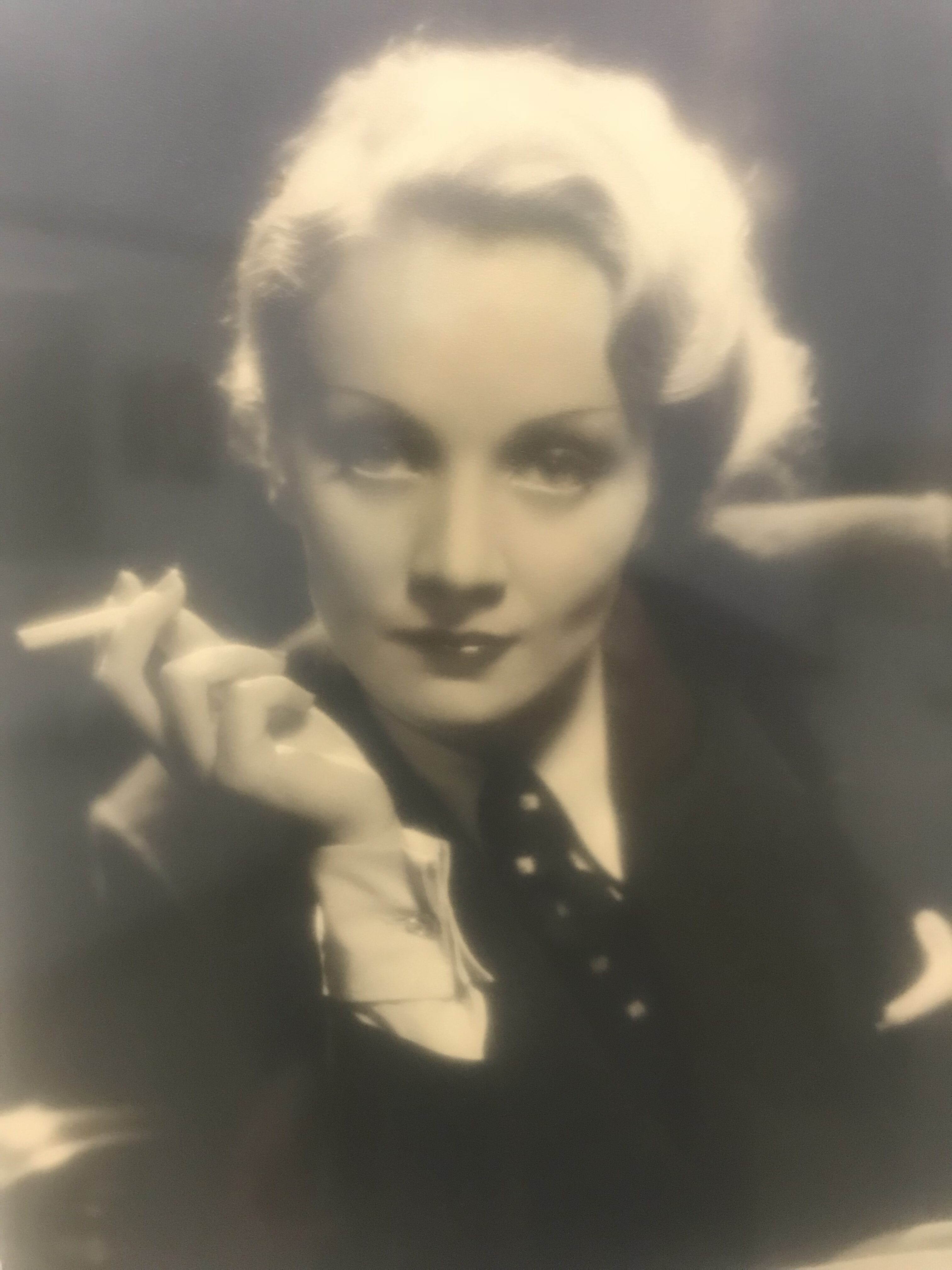 Stendhal said of Berlin, ‘What could have possessed people to found a city in the middle of all this sand?’ When Karl Scheffler contrasted Berlin with other European capitals such as Paris and Vienna, he described them as places which ‘are the centers of a country, are rich and beautiful cities, whereas, Berlin is a city that never is, but is always in the process of becoming.’ Berlin should not be here. The next time that you fly into the city, make sure and get a window seat – Berlin is sat in the middle of giant lakes, waterways, swamps, marshes and pine forests – she just suddenly appears, bizarrely marooned in the outback. The Oder lies to the east and the Elbe to the West, Berlin sits on neither but rather she sits exposed and so subject to endless migrations and wars.

The Romans never bothered with it, they viewed the dense forests that surrounded the area that would be called Berlin as a Hades on earth where grotesque beasts and magical creatures wandered and they considered the Germanic tribes too barbaric to be civilised. This thinking was perhaps fortunate for the Germans but then it dashed the chances of the future Berlin being able to boast of its imperial heritage and the glorious structures and architecture that that entails. Berlin was an oddity, unlike the other great European cities, it had no great creation myth, no great legend to frame it’s early history, no mighty Kings to honor.

What has that got to do with Marlene Dietrich? Well, Berlin was always jealous of it’s mighty brethren- Paris, Rome and Vienna – and like any jealous dude, she liked to create myths and indulge in fantasies of an illustrious past. Some had heinous consequences, such as its denial of its Slavic heritage. Berlin had good reason to create myths, she was always looked down on as a cultural backwater, but you know, sometimes you have to reach rock bottom to achieve greatness. Following the wasteland of World War I, Berlin bizarrely flung off its Prussian imperial mantle and became the capital of modernism and the epicenter of the Golden Twenties.

For a few fleeting, enchanting years, Berlin created a new vision, which Germany rejected and her exiles brought it to Hollywood and changed the world. Man, there was a whole lot of stuff going on – the films of Fritz Lang, Josef von Sternberg and Billy Wilder; Brecht and Weill’s Threepenny Opera; the Berlin Dada of Georg Grosz; the Bauhaus architecture and artistry of Max Beckmann, Otto Dix, Mies van der Rohe, Walter Gropius and Wassily Kandinsky; the writings of Thomas Mann, Hermann Hesse, Stefan Zweig, Alfred Doblin and Carl Zuckmayer; the music of Otto Klemperer and Arnold Schoneberg; the sirens – Josephine Baker, Greta Garbo and the most enduring of them all – Marlene Dietrich.

The threat of Bolshevik Russia forced a change in the world’s attitude towards Germany; many began to see the war as something Europe had stumbled as a result of the international arms race. The Dawes Plan set a lower scale of reparation payments, inflation was halted and Germany received Allied loans. A lot of Allied loans. Between 1924 and 1931 Germany received 33 billion marks in short term loans; one of the results been that 1920s Berlin experienced a surge of apparent prosperity and easy money. Incredibly, Berlin resumed her role as one of the foremost industrial cities of Europe, James W. Angell called it ‘one of the most spectacular recoveries in the world’s entire economic history’. The population surged from 2 million to 4 million in just over a decade, making it the third largest city in the world behind London and New York.

Artists flocked to Berlin – money was sloshing about and its censorship laws were the least repressive in Europe. The movement was called the New Reality as Berlin banished its recent awful past and looking forward, embraced the future. The Golden Twenties legend depends massively on the cabaret image created by Dietrich and Christopher Isherwood. But myths were still being spun, Alexandra Richie writes in her history of Berlin, Faust’s Metropolis – “The image of the Golden Twenties which has come down to us is a grotesque distortion of one of the most complex and tragic periods of Berlin history…Most Berliners never realised that they were living through a Cultural Renaissance…The Nazis were able to destroy the avant- garde precisely because it was a minority affair despised by many and treated with suspicion by most..”

The Blue Angel, made in 1929, was Germany’s first talking film and lies at the heart of the myth. Set in the seedy world of cabaret, it mocked the bourgeois values of Germany by depicting the humiliation of an old schoolmaster at the hands of a femme fatale cabaret singer, Lola Lola, played by Marlene Dietrich. Marlene, christened Maria Magdalene, grew up on Lebenstrasse in Schoneberg, Berlin, attended music school in Weimar (learning piano, violin and lute), played the violin in silent movie theater orchestras, stepped onto stage as a high-kicking cabaret girl , auditioned for Max Reinhardt (he turned her down due to ‘over-acting’) and played bit parts in small movies. She was in the right place. The German movie industry was exploding. In 1914, The Kaiserhad banned all foreign movies, so Germans created a cinematic culture of their own, making over 600 titles a year including the expressionistic horror of The Cabinet of Dr Caligari and Murnau’s Nosferatu and Fritz Lang’s Metropolis.

Dietrich was of the age, made the age – sensual and sensuous, cross-dressing and character adapting, she loved and learned how to be wanted, desired; learning to express herself more by doing less. Both on and off screen, she became magnetic, there had never been anyone like Marlene. In 1929 when the film director, Josef von Sternberg first heard Dietrich speak, he knew he wanted her for The Blue Angel. During the shoot, Buster Keaton, Max Reinhardt, George Grosz and Sergei Eisenstein all visited the set to watch Marlene in alluring postures such as spread- eagled on a barrel, in silk stockings and white top hat singing Falling in Love Again.

Sternberg set out to shock, he was obsessed both with the movie and its leading lady, shooting her cabaret numbers in long uninterrupted takes which enraptured audiences. Everybody was enthralled with the movie, all but the studio executives who despised it for its mockery of the establishment. The Nazis were on the rise, the walls were closing in, Dietrich joined the flock of artist emigres – Sternberg, Lang, Peter Lorre, Billy Wilder, Brecht and Weill – to Hollywood. They, Dietrich and Sternberg, made six Hollywood movies together including Blonde Venus, Shanghai Express and The Devil is Woman.

Goebbels in his capacity as Propaganda Minister tried to entice her back to Germany, Dietrich rejected his overtures in no uncertain terms. Instead she threw herself behind the Allies, promoting the sale of American bonds and performing morale-boosting shows for the troops in North Africa , Italy and during The Battle of The Bulge; singing, ‘See What The Boys In the Back Room Will Have,’ lifting their hearts and courage. But, she wept too for the Germans, during a US Armed Forces Network broadcast she suddenly switched languages, knowing that the radio signal would be carried across the front line – ‘Jungs! Opfert euch nicht! Der Krieg is doch Scheisse, Hiter ist ein Idiot! ‘Boys! Don’t Sacrifice yourselves! The war is shit, Hitler is an idiot! Then she sang Lili Marlene in German.

She returned to Berlin in September 1945, wearing her US army uniform, was reunited with her mother and visited their blitzed family home. After the War she continued to make movies but she spent most of the fifties, sixties and seventies touring the world as a marquee live-show performer. She thrilled audiences across the world except in Germany where her tour was met with public demonstrations, she never went home again. In 1977, while living a reclusive life in Paris she was persuaded to star in Just a Gigolo alongside David Bowie. She agreed on condition that Berlin come to her, so the crew, cast and set came to Paris. Fifty years had passed since Sternberg cast her in The Blue Angel. After the shoot, Dietrich called the crew around her. She asked who were Berliners and asked them about the city, she told them, ‘There are many people who imagine I betrayed Germany during the war. They forget I was never, never against Germany. I was against the Nazis…You can’t know how that feels. You’re going home tomorrow and I can’t. I lost my country. I lost my language. No one who knows that can know how I feel.’ Marlene, like Berlin was constantly able to reinvent herself but the two were at odds with one another in those heady days of the early thirties. Oh, if only her version had been favoured