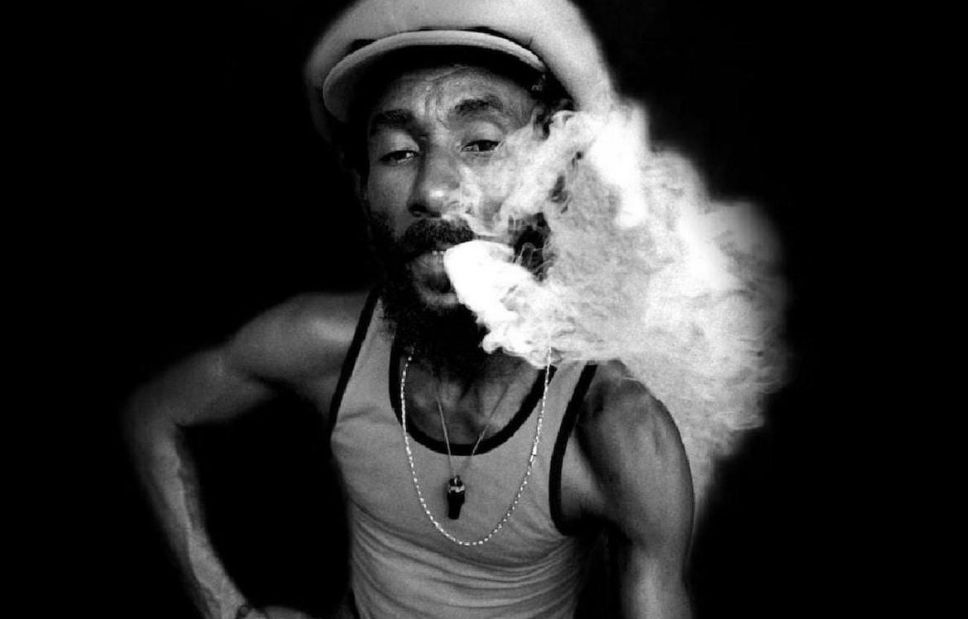 Master of the Upsetter.

I was supposed to be meeting up with Lee Scratch Perry this week on his UK Tour. He had responded to a piece that I sent him. We exchanged a few words and had arranged to meet after his show at the Brudenell Social Club in Leeds. I was going to take in a few gigs and write a piece about this towering pioneer of reggae who is still touring and releasing critically acclaimed albums in his eighty-fourth year. In 2019 he released the excellent Rainford album on which he had collaborated with Adrian Sherwood and Heavy Rain a fantastic dub version of the album appeared later that year. Obviously, due to the current pandemic crisis, his tour has been shelved. He will return in October. By then, we may need him more than ever. For a Lee Scratch Perry concert is often more religious experience than mere gig.

The man explains it best himself. In conversation with Laura Barnett of The Guardian in 2014, Lee Perry said “I like to give something special to people: that’s why I tour. I go because the people believe in God and there is no other God coming but me. I’m not working because of the money; I’m working because the people believe that God is going to come to save them. I give them a sweeter soul and take away the bitter souls. Save them from pain and save them from cocaine.”

Indeed, there ain’t no show like a Lee Scratch Perry show. Swathed in mirrors, patches, badges and glittering CD’s. He’s one striking dude. He may only stand 4 feet 11 inches but the man is a colossus. Sweet Lamb of Jesus, he is a founding father of Dub and Reggae.

There is a place in the old industrial suburb of Ancoats, Manchester sitting across the road from the legendary Sankey’s Soap venue. It serves up chicken jerky and root beer and Lee Scratch Perry until the wee small hours. I found myself there coming from Massive Attack and Leftfield gigs. It is a beacon of the Caribbean, Dub and Jah that you reach across doused cobblestones under ancient brick cotton mills. Whaling down chicken jerky covered in thick sticky gravy with a side of rice and peas, listening to the album Super Ape. You are transported to a long, hot Jamaican summer. The record is a sun-soaked saturnalia. It evokes lovers kissing in the sand. Stoned pipers tooting willowy whistles. Naked dancers twirling in buzzing side streets to the beat. Gazelles wrapped in kimonos gazing down from bougainvillea balconies. Their scent mixing with the ganja, the incense and the ocean. Sound Systems rolling into town. Hordes of dancers buzzing about them. Winging their way from pragmatism to mysticism. The Innovators are within. Creating sounds that will change the world. Bringing heaven to earth.

The genesis of Super Ape began in Kingston in the late 60s. Duke Reid dressed in his customary cloak and crown living above The Treasure Isle Grocery and Liquor Store at 33 Bond Street takes the beat down. Shooting his pistols into the sky, ska becomes rock steady. U-Roy toasts. The Upsetter, Lee Scratch Perry is bringing something else, further slowing the groove. He removes the soul vocal from rock steady and ramps up the bass and echo. In with rhythm out with the melody. Music was never made this way before. Music warped into something more free form – using samples undercut with sinister, subsonic bass and turntables mixing and scratching vinyl. He is the original producer as artist. Using the mixing desk as a musical instrument. The producer Youth called him the grandfather of modern dance music, stating that the kaleidoscope of genres like the branches of a giant oak tree come back to dub and Lee Perry. He was there since before the beginning. And still he ploughs on.

Lee Perry was born in Jamaica in the rural village of Kendal in 1936. He grew up listening to the Jamaican folk music called Mento on the streets and the sounds of America – BB King, Rufus Thomas, Carla Thomas, Wilson Pickett, Solomon Burke, Ben E. King, James Carr, Tyrone Davis – on the radio.Lee loved Fats Domino’s Boogie-woogie. He remembers everybody moving, going crazy for Fats’ Going to the River. Domino’s rhythm, accentuating the offbeat was an influence on ska music. Lee took it all in but, he says “I am the Upsetter…I want to make spiritual music that can heal the head, heal the heart. I … I mean I come to change things, that’s what I mean.”

Jamaicans like to change things. And Lee Perry is one of its most innovative and influential artists. His early use of samples, echo and reverb effects influenced electronic music and post punk. And his free association vocal style is a clear precedent for rap. He formed his own label in 1968 called Upsetter. He was a key figure in transforming ska and rocksteady with singles like People Funny Boy. The first record to use the loping, lazy, bass-driven beat that would become known as reggae.

In the early 70s, influenced by King Tubby’s early dub experiments, he became interested in manipulation of sound and opened his own studio, Black Ark. He produced seminal work from Bob Marley & The Wailers, The Congos, Junior Murvin, Junior Delgado and Gregory Isaacs. He also produced his own records with his studio band, the Upsetters. He created his Afrocentric album Africa’s Blood; the early dub albums – Cloak and Dagger, Rhythm Shower and 14 Dub Blackboard Jungle; early lo-fi stuff like Double Seven and the sampling revolution of Revolution Dub–before investment in Black Ark studio equipment and a distribution deal with Island Records resulted in 1976’s supreme album Super Ape.

Lee Perry is prolific. He has been recording for over half a century and he always churned out the work. Breaking into his discography can be overwhelming. It becomes all the more of a maze as he puts out work under a plethora of pseudonyms – Jah Lion, Pipecock Jakxon, Super Ape, the Upsetter, and his most famous – Scratch.

An Ariadnean thread through the Lee Scratch Perry maze are the releases on Trojan, Heartbeat, Island and Mango that are all generally excellent. But for many their first introduction to Lee Scratch Perry is through Super Ape. It is a boss record but the primary reason that it was chosen from record shelves may have been its cover.

The Tony Wright cover art depicts a monstrous ape rampaging across the countryside, smoking a monumental spliff, his belly full of roast fish, roots, cornbread and makka stepping on croaking lizards. It hints at the experiment inside. It is unforgettable. As is the record. The sound of a place in time. It doesn’t start nor end. It flows along. And this is supposed to be the inferior mix, the original gone the way of the Holy Grail. It is a sonic planet of its own. No other album is like it. The studio dub conquers the instrumentals. For ‘The Upsetters’ may be written on the cover but this is all Lee Scratch Perry.

The opening drums are like a knock on the door and the low whistle calls for your attention. The Heptones’ psalm, “Zion’s blood / Is flowing through my veins / So I and I / Will never work in vain“, and in you step. His dub makes the Frankenstein monster of pieces appear natural. Lee Perry is inspired by the Rastafari God Jah. He sees how God makes nature and creates that sound. The sound of rain on roofs, wind from the trees and storms on the ocean. He said the boof, boof, boof of the heartbeat becomes the drum and bass. Super Ape is perhaps the greatest dub album of all time. It drew from various recording projects Perry was working on with The Heptones, Max Romeo, Prince Jazzbo and The Full Experience. The tracks were ripped down to their core and then layered with Mutron phaser and Roland Space Echo effects.

Prince Jazzbo toasts us in on Croaking Lizard – “Oh Lord, have mercy.” The mix here is superb. You’re at the bar quaffing rum, the back-door slamming open and shut, things are getting murky. It’s right there but astonishingly still elusive. Black Vest is almost seaside bandstand brass and bongos on the beach. You can smell the salt and feel the warm breeze. The chug-chugging rhythm takes you along in a psychedelic swirl. You trudge into mountain forests with brooding stormy clouds overhead looking for Dread Lion. The drums and bass soothing you, making you brave. All becoming familiar with the sweet chants of Three in One and the reassuring refrain of Dub Along. The title track asks,

“This is the ape-man, treading through creation, are you ready to step with I man?”