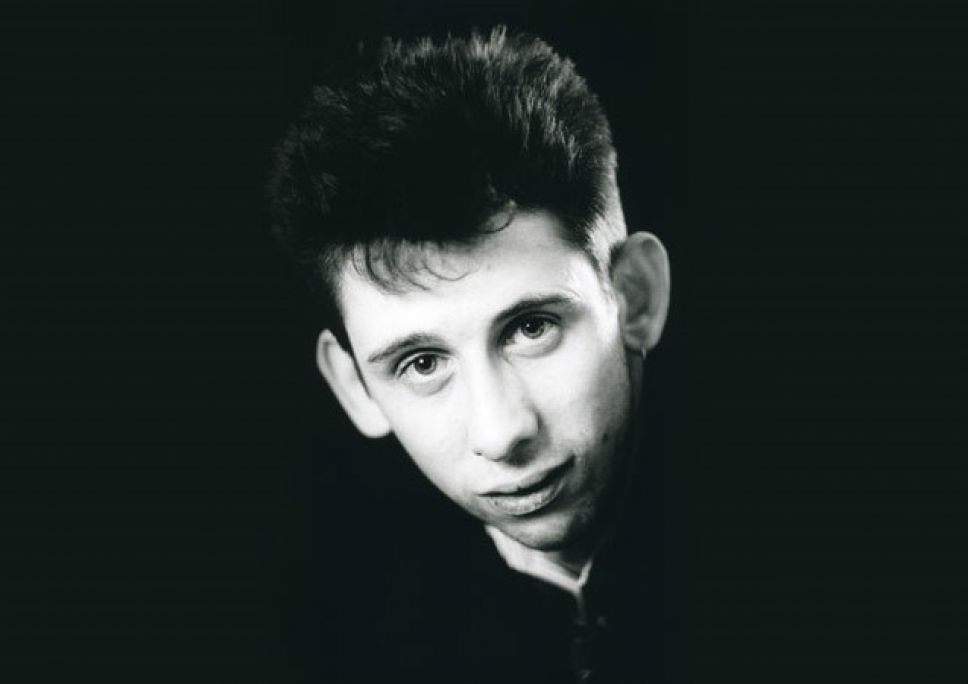 Published in Hotpress on 8 June

At the end of February, on my way to cover Fontaines DC’s critically acclaimed gig at Brixton Academy for Hot Press, I stopped for a pint in Bradley’s Spanish Bar. Tucked away on curved Hanway Street, off the Tottenham Court Road in London’s Soho, it was once a favourite haunt of The Pogues. I reckon that nothing much has changed inside Bradleys, since Shane MacGowan worked in Stan Brennan’s Rocks Off record store on the same street forty years ago. The NSM Prestige II jukebox still spins Elvis and Everly Brothers’ vinyl. I was also there during Christmas of last year, on my way to Kilburn to watch the band, The Boys from The Black Stuff perform The Songs of Shane MacGowan and I swear the same drinkers were sat in the same places.

Rain was tipping it down that night in Kilburn, dousing the windows of The Fiddler pub on the Kilburn High Road. Against which I pressed my face to watch the ghosts of Irish Past walking into The Gaumont theatre to see The Rolling Stones and crushing into The National ballroom to listen to The Waterboys. Twenty years had passed since I was last in Kilburn. It is something completely different now. London boroughs have a knack of doing that, you turn your back for a few decades and they don’t recognise you when you return. Nor you them.

The Irish began to arrive in Kilburn during the late nineteenth century. They liked to go out. They still do. The Kilburn High Road became known as the Music Mile. Primarily Irish country was played in pubs like Biddy Mulligans and several variety theatres were opened along the strip including the 4,000 seat Gaumont State.

In the 1990s, I lived on Shoot-Up Hill. I drank in the bars of Kilburn and Cricklewood amongst men who had not seen Ireland in decades, but had never fully left it. In a bar near my flat, they’d cry out in Irish – ‘Suigh Síos’ and the pub dog would sit and they’d give him a pint of stout, which he’d larrup down. They were men who knew the front of The Crown at first light in the morning for the call on – lining up to get chosen for labouring – tough men, lonely men, great men – Kings of the Kilburn High Road.

That was back when parts of North London were the thirty-third county. Step in the door of The Quays in Holloway or The Kingdom in Kilburn or The Thatch on Holloway Road or Cricklewood’s famous Crown and you stepped into Ireland. It was the same in Irish pubs stretched across Camden Town, Kentish Town, Cricklewood, Archway, Kilburn and Finsbury Park.

The Irish turned out in force that night in Kilburn for The Boys from The Black Stuff. They came to hear sacred renditions of the songs of Shane MacGowan. Songs that were once psalmed along these streets as prayers were chanted in St. Mary’s with All Souls Church. I fell in with pretty Mary, Eire is tattooed on the knuckles of her left hand. She told me she used to drive all the men crazy, dancing in the Galtymore ballroom, swinging her long beautiful black hair. She told me MacGowan is God.

If there is a High King of the Kilburn High Road it is Shane MacGowan. He is a prophet in Ireland and a god in places like London and New York.

On the Pogues’ debut album, Red Roses for Me, MacGowan sings about the Irish in London. Speaking about boys from the county hell whaling down great belly-crippling buckets of beer in delightful old drunken days along the dark streets of London. Tough men who broke strong men’s necks after too many Powers, who at night lay dreaming their way across the Irish Sea.

There had never been anything like the Pogues before. They encapsulated the old Ireland of The Dubliners and the anarchy of the Sex Pistols. MacGowan described seeing Johnny Lydon for the first time – “this little red-haired Paddy up there pouring beer over his head and sneering at the audience shouting insults at him…I thought this was the pop band I’d been waiting for all my life.” He was astonished that no else had done it. Taken the Irish pop music of The Dubliners to its next illogical place.

His original idea for The Pogues was to rock up old Irish numbers. But then he started writing songs. Influenced cinematically by Ford, Huston and Peckinpah and in literature by Flann O’Brien, Sean O’Casey and Brendan Behan. His songs captured the heart and soul, the animal and the intellect of London. The sound was of a dance band playing country and rock and roll in a way never dreamt of. It was a sound that the masses were waiting for. The whole of Ireland and many more have danced to his songs at some stage.

He captured the animal in all of us wading underneath the city at night. It was Hemingway and Steinbeck without the space of America. Like Sergio Leone’s capturing of the Lower East Side, MacGowan nails a piece of London. He is first and foremost a writer. Like Huston who brought that sensibility to the screen, MacGowan brought it to punk and to Irish traditional music. When MacGowan was searching for lost Albion he looked to Ireland for a way back. But this record is more than that. It is about being young and wild, being an idealist and a realist. About having a good time. Not sobbing in bars about the old world but rather ripping up the new one.

Like Sean O’Riada, MacGowan breaks all the rules, brings the old music back by making it radical and anarchic. He takes it to the edge, just like O’Riada. O’Riada is unmistakably O’Riada. MacGowan is unmistakably MacGowan. Red Roses for Me tries to find the spirit in a world without any. Like all the great rock and rollers. Like the Pistols. Like the Ramones. MacGowan goes back to the past to make sense of the present and to be able to swallow the future.

Similar to Iggy Pop’s Berlin on The Idiot, London is alive on this record. From the off, fuelled on VP wine and cider, Transmetropolitan takes you by the hand like Virgil and shows you another London. One that lies beneath Kings Cross, Brixton, Hammersmith, Camden, Whitehall, Soho, Tottenham Court Road, Mill Lane and Pentonville. Spider Stacey’s whistle, Jem Finer’s banjo and James Fearnley’s accordion and the one-two, one-two of Andrew Ranken’s bass drum and snare make you need to dance. It was the 80s. Many in London were broke. When you go out with your few pound, you want to be angry about it but you also want to have a good time. On Dark Streets of London, McGowan sings, “I like to walk in the summer breeze/Down Dalling Road by the dead old trees/And drink with my friends/In the Hammersmith Broadway/Dear dirty delightful old drunken old days.” You hate London, but you love it too.

The record is the sound of a band red hot and match fit from almost a year of regular gigging. There are songs a plenty to keep any party motoring – Waxie’s Dargle, Sea Shanty and Streams of Whiskey – they make you feel part of the performance rather than mere voyeur. The only modern electric instrument is that of Cait O’Riordan’s bass. And yet it is as incendiary as a Clash record.

The central MacGowan penned quartet – Boys from the County Hell, Sea Shanty, Dark Streets of London and Streams of Whiskey – is an incredible offering from a chap in his mid-twenties. They line-up as one with the nineteenth century verse of Waxie’s Dargle, Poor Paddy and Greenland Whale Fisheries. Like the Auld Triangle, the lyrics and melodies of his songs appear to have been around forever.

A menace broods throughout, and the band are good part of that menace. On the Boys from the County Hell, the first of the MacGowan mini operas, he growls like a diabolic Springsteen, “The boys and me are drunk and looking for you/ We’ll eat your frigging entrails and we won’t give a damn/Me daddy was a blue shirt and my mother a madam/And my brother earned his medals at Mai Lei in Vietnam.” Spider and Shane’s calling and responding, screaming and howling on Down in the Ground where the Dead Men Go contains a Tom Waits’ type gothic version of romance.

The Pogues’ songs possess the majesty of sounding like they are written by a character in them. On Streams of Whiskey he tells us that “I have cursed, bled and sworn/Jumped bail and landed up in jail/Life has often tried to stretch me/But the rope always was slack/And now that I’ve a pile/I’ll go down to the Chelsea/I’ll walk in on my feet/But I’ll leave there on my back.” Sometimes the only way to rid yourself of the control is to lose all control.

Rum Sodomy & the Lash and the Poguetry in Motion are ordinarily deemed by the mandarins to be The Pogues’ peak and that is quite likely. But I dig Red Roses for Me. It is the sound of the Pogues swashbuckling about Burton Street like Noodles and Max in their early days.