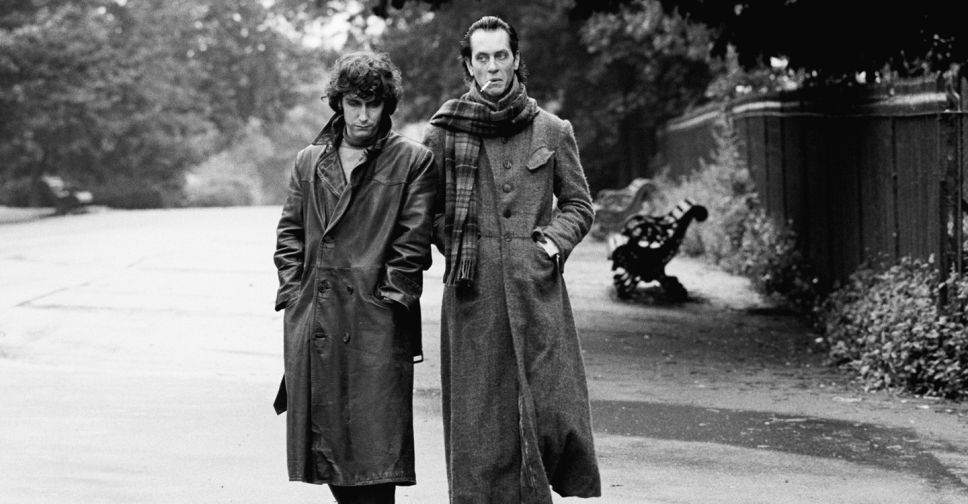 It was a good one, the summer of 1995. A summer of great weather, festivals, endless parties and fine wines all played out to a soundtrack of Oasis’ What’s the Story Morning Glory?, Pulp’s Different Class, Radiohead’s The Bends, Leftfield’s Leftism, Goldie’s Timeless and The Chemical Brothers’ Exit Planet Dust. Galway was glorious. There were parties in the Claddagh. Drinks by the rushing Corrib at Spanish Arch. Wild Drum & Bass nights at Branskys and great gigs at the Sex Kitchen in Salthill. In a house off Shop Street, the party started in June and finished in late August. The film Withnail & I was on a constant loop. There were always people lying around watching it. Arguably the most quotable movie of all time, people would shout out lines at the screen as if it were a Mass. The Withnail & I script can be used to converse about and relate to almost all things that the world throws at you. It is one of those rare books like The Bible that is endlessly fascinating and entirely quotable to its apostles.

The first time I saw it, I was coming from an LTJ Bukem & MC Conrad gig at the GPO venue. I fell in a heap on a couch and watched the two main characters Withnail & I departing London in a battered Jag, gobbling Scotch, to a frenzy of Hendrix’s All Along The Watchtower. While giant wrecking balls tore down the old town. Withnail deliriously screaming out the window, “Throw yourself into the road, darling. You haven’t got a chance”. It was the beginning of a lifelong addiction to all things Withnail.

Bruce Robinson’s directorial debut, Withnail & I was released in 1987 to little acclaim either commercially or critically. Later it would become a cult classic. Richard E. Grant attributed its survival beyond its initial run at the Odeon and a handful of one-night stands in London repertory cinemas to video and cable. Perhaps it is how you come across it or perhaps how it finds you that hooks you so good.

Set in 1969, Withnail & I is as definitive a take about the end of the sixties as The Rolling Stones’ Let It Bleed, Creedence’s Bayou Country, MC 5’s Kick Out the Jams or The Stooges 1969. However, its two main protagonists – the manic, frenzied Withnail and the paranoid, soon to go under I (it is only in the script that you receive I’s name, it is Marwood) were more outliers to the wild sixties than the movers and shakers of those said bands. But the death of the sixties is all here. The missed chance of achieving Albion, the wasted potential, the looming draconian monster of the seventies. The original ending had Withnail drinking a 1953 Margaux wine through a shotgun before blowing his brains out. But the ending that is on the final cut is even more poignant. Marwood leaving forever and Withnail reciting Hamlet in a bleak and deserted Regents Park. His heart broken. His dreams having died a death. Wandering back alone to the empty Camden squat. He is unable to break free. It as tear-jerking as any parting ever put on celluloid. “Man delights not me, no, nor women neither…nor women neither”, he wails through the rain to the wolves watching him with little interest.

It is a film that is as much about the end of the Empire as it is about the end of the sixties. Throughout the script there is a wistful Waughian yearning for the pomp of Empire and a nostalgia for an age of English nobility. There is a desire for fine wines, afternoon tea, hot buttered crumpets and Oxford punts. The characters at times speak in almost Shakespearean language.

But Withnail & I are far from Brideshead Revisited. They dwell at dire lodgings in a squat in Camden, where the “walls and furniture look ill”. They are struggling actors living hand to mouth on social security checks, drinking themselves into oblivion daily. And when the wine runs out, Withnail resorts to drinking lighter fluid. They are gradually “drifting into the arena of the unwell.” Camden would become something else, but this was before Madness at The Dublin Castle pub or The Clash at The Music Machine venue.

Withnail & Marwood are locked in the arms of one another across crumbling rooms in rain sodden Cumbria and crumbling Camden. It is more reminiscent of Beckett’s Waiting for Godot than Kerouac’s On the Road. It is a coming of age tragicomedy about a doomed pair of Peter Pans. The only hip character in the film, is their drug dealer, Danny, who laments, “They’re selling hippie wigs in Woolworths, man. The greatest decade in the history of mankind is over. And as Presuming Ed here has so consistently pointed out, we have failed to paint it black.”

Jobless Richard E. Grant had answered an advertisement -Wanted: Boy Dancers in Dubai – no previous experience necessary – published in the Stage newspaper. Along he went to the audition wrapped in a 1940s Oxfam khaki raincoat with a leather-bound copy of Robinson Crusoe under his arm. Grant remembers the writer and director, Bruce Robinson “drinking lager, fag in gob, hair flopped to his shoulder, like a lost member of the Rolling Stones.” In Grant, Robinson had found his Withnail, his Vivian. Robinson had kept a diary from 1966 to 1976. Page after page was about himself and Vivian McKerrall. They had met in drama school. Vivian wore a blue suit and shades and looked like Marlon Brando. They were obsessed with Keats, Baudelaire and Huysmans. The script of Withnail & I was largely based on their libertine wanderings and a thousand biblical hangovers.

George Harrison was the head buck cat of Handmade Studios who made the movie. The film is in many ways a counterpoint to Harrison’s Here Comes The Sun. Robinson had written the script in 1970, but it wasn’t until his Oscar nomination for The Killing Fields screenplay that he had the chops to have it financed and with the proviso that he would be in the director’s seat. He stated that it would be a masterpiece and it is.

The plot is straightforward. Withnail (Richard E Grant) and I (Paul McGann) decide to take a break from their squalid lives as struggling actors in Camden and visit Withnail’s rich uncle Monty’s (Richard Griffiths) country cottage in Cumbria. The script is incredible, inspiring a Withnail cult that stretches across the globe. I have heard the great lines, “I feel like a pig shat in my head,” in a bar in New York. “We’ve come on holiday by mistake,” in a hotel in Mumbai. “We want the finest wines known to humanity. And we want them here. And we want them now,” at countless last orders. Many a good session has being crippled by the foolhardy line, “four quadruple whiskeys and a couple of pints”. I saw a man stand up in a vegetarian restaurant and exclaim, “I want something’s flesh!”. I heard a woman on a street in Berlin shout, “This suit was cut by Hawkes of Savile Row. Just because the best tailoring you’ve ever seen is above your fucking appendix”.

From the opening scene of Marwood stumbling about the squat with the plaintive moan of King Curtis’ sax on Whiter Shade of Pale Live at the Fillmore West ’71 in the background, the film drags you in and it never lets you go. Disciples have committed the script to memory and yet with repeated watching you discover more gems. In my thousandth viewing recently, I came across a belter of a line delivered by Monty, “Alas, I have little more than vintage wine and memories.”

At times watching the film and indeed in life, you are Withnail and at other times you are Marwood. Incredibly like Jonah and the Whale or Jacob wrestling with the Angel, it achieves a purity in its demonic delivery. It is about all of our struggles. Monty bemoans, “It is the most shattering experience of a young man’s life when, one morning, he awakes and quite reasonably says to himself, ‘I will never play the Dane.’ When that moment comes, one’s ambition ceases. Don’t you agree?” Agreed. Once it is understood that the Dane means a different thing to everybody.

It is like an old friend. When you watch it, you remember people you watched it with that have come and gone. And yet the film remains fresh and vital. Much of it as a cautionary tale. In once scene Withnail tells Marwood,

“All right, this is the plan. We’ll get in there and get wrecked. Then we’ll eat a pork pie. Then we’ll go home and drop a couple of Surmontil 50s each. That means we’ll miss out Monday, but come up smiling Tuesday morning.”

Desperate advice for the ages.