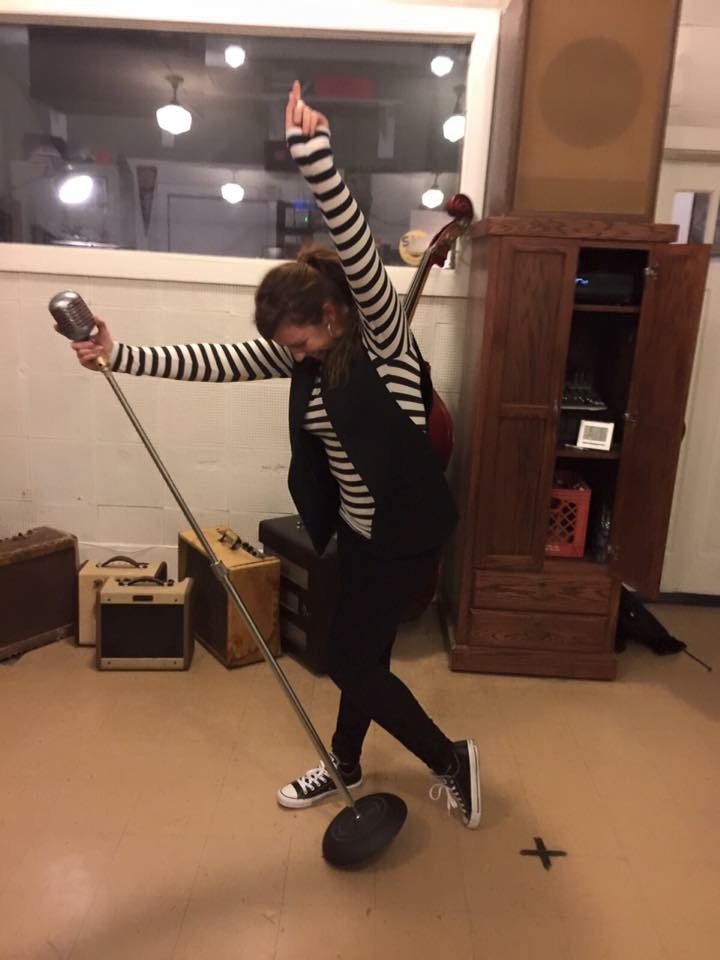 Is this what the Birth of Rock & Roll looked like?

The best damn jump combo in Mississippi, The Kings of Rhythm had sent the fine folks of Greenville, Mississippi home sweating and early too. The owner of the small downtown club had dilly dallied on booking the group, swaying between the fear of their reputation for wrecking joints and the desire for the dough they would bring in – they always rammed the place. He booked them, but when the crowd began to turn savage, he pulled the plug.

The Kings were racing home after the gig to Clarksdale along Route 278 when they came across a heap of cars abandoned about a big roadhouse outside Chambers and a huge neon sign flicking BB King – Live Tonight!!! on and off. They went in. The crowd was immense and heaving.

“Riley King, the dude I hopped with and and played piano with in Clarksdale.”

“That’s him alright, damn. Come on, we’re going up there.”

The Kings joined the stage. They tore the joint down.

“Damn,” said BB, “you boys are red hot, you need to be cutting records.”

“Well, man, this guy in Memphis has a studio, that’s where I record. His name is Sam Phillips and what I’m gonna do, I’m gonna tell him to give you a call, man, on Monday for you guys to come up and record.”

Indeed, the following Monday Sam Phillips was on the blower.

“When can you come up?” asked Sam.

They all poured into the sedan – drummer, Willie “Bad Boy” Sims, guitarist Willie Kizart, baritone player and singer Jackie Brenston, lead tenor Raymond “Bear” Hill and piano player Ike Turner. In they also piled their saxes, guitar and drum set, securing the trunk with a rope to accommodate the guitar amp and bass drum. It was only seventy miles along Route 61 from Clarksdale to Memphis, but it was 1951 and it was Mississippi. They were pulled over by the highway patrol and hauled down to some kangaroo court to pay a fine for overloading. They got a flat tire. The guitar amp fell and hit the road. Eventually they hit Memphis, cruised down Beale, past all the clubs, bars, juke joints, the New Palace and the Hippodrome skating rink and out to the recording studio in Union. It didn’t look much, just a small storefront with a neon sign in the window – Sun Studios.

They didn’t quite know what to make of clean cut, neatly dressed Sam Phillips, owner and producer at Sun, still, he had got BB King on posters across the State, so they went with it. The speaker cone on their fallen amp was blown, but Sam told them it would sound like a second sax and simply wadded brown paper inside it. They got going, running through a few numbers which did nothing much for Sam.

“You guys got something a little different?” asked Sam, “I look for something different to the norm.”

“We got a song that always rocks the joint, we call it Rocket 88.”

It was almost a carbon copy of Jimmy Liggins 1948 hit Cadillac Boogie with different lyrics and an updated beat. Sam liked it but not enough. The horns, piano and ‘fuzz-tone” guitar were boss but the vocal wasn’t right. Sam risked asking if there was anyone else who could sing and up stepped Jackie Brenston who had wrote it. They nailed it. Ike standing at the little Wurlitzer pounding the keys, the sax and distorted guitar jarring off one another – a sound never heard before cut into vinyl. It was contagious. It was Rocket 88 by Jackie Brenston & The Delta Cats. Often cited as signalling the birth of rock and roll.*

*Much of the information in this article was gleaned from Sam Phillips, The Man Who Invented Rock ‘N’ Roll by Peter Guralnick