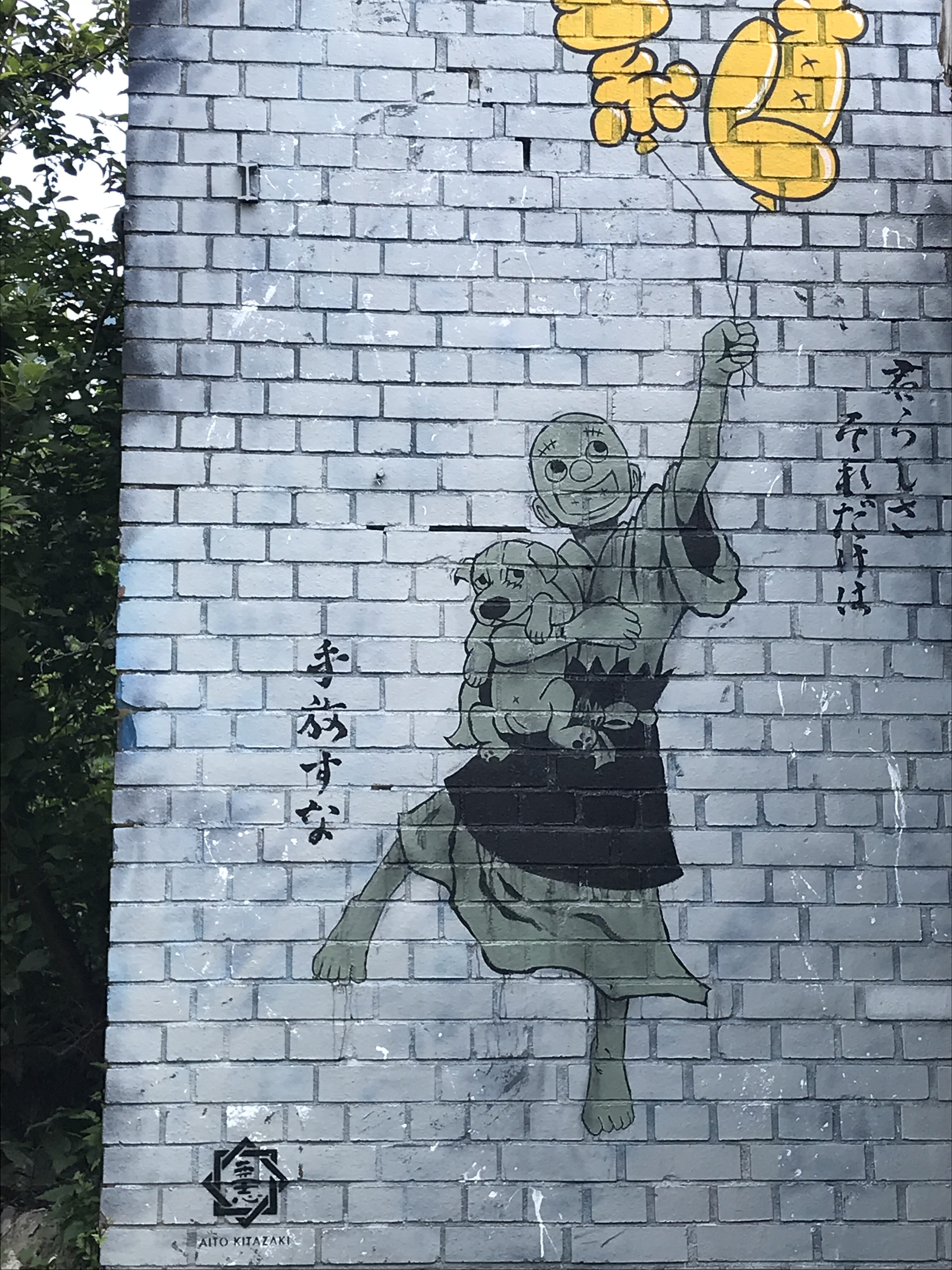 Standing in the glass dome of the Riechstag, taking in the views across Berlin, I saw giant white domes on the horizon, upon asking, I was told that’s Devil’s Mountain. So, I went there. Man, it is one of the most compelling sites in Berlin and one that I had never heard of before.

I took the S-Bahn to Heerstrasse and then walked a few kilometers to Teufelsberg. So what is Teufelsberg? Get this, Teufelsberg is German for Devil’s Mountain, and it was an NSA spy station built on the site of a Nazi college. Wow. That is Vanishing Berlin gold. The Nazi college was called the Wehrtechnische Fakultat and stood deep and hidden within Grunewald Forest. In May 1950, the Allies turned it into the graveyard of old Berlin as they dumped tons and tons of rubble and a mountain, Devil’s Mountain, Teufelsberg began to rise above the trees of Grunewald, built from the ruins of the buildings of war torn Berlin. It now stands 400 feet creating fine views of the forest and Berlin away in the distance.

What lies beneath? Old historical Berlin. In keeping with the thinking of Stunde Null (Zero Hour), Germany’s past was to be written off and the nation was to begin again. in hindsight a madness perhaps but in many ways understandable. It led to the destruction of all remnants of the past and their replacement with legions of concrete high-rises. Many historical buildings which may have been saved were torn down; treasures such as nineteenth century townhouses and the Anhalter Bahnhof along with 400,000 other buildings now form part of Devil’s Mountain.

The destruction of historical buildings was viewed as a path of cutting Germany off from the Nazi past. Traditional styles were seen as tainted and international modernism was embraced. If you take the case of Anhalter Banhhof, which was the railway terminus for Berlin, it was severely damaged by Allied bombing during World War II, however it may have being resurrected but perhaps elements of its past did for it. 55, 000 Jews, around one third of Berlin’s Jewish population were transported to extermination camps from Anhalter Banhhof.

After the construction of the Berlin Wall, the US National Security Agency (NSA) built a radio measuring, intelligence gathering field station at Teufelsberg. The facility, known colloquially as “The Hill” contained massive twelve metre satellite antennas and the most sophisticated spying equipment, enabling the field station to intercept satellite signals, radio waves and microwaves; which they would then intercept and analyse. The station continued to operate until the fall of the Berlin Wall and its closure, the US removed the equipment but left the buildings and the radomes standing. They are the moon like globes. Why are they so unusual looking? The name, radome is a portmanteau of radar and dome; they are weatherproof enclosures that portect the antenna and are constructed by material that minimises the electromagnetic signal received by the antenna.

In the 1990s, after German reunification, a group of investors bought the former listening station area from the City of Berlin with the intention to build hotels and apartments and there was talk of preserving the listening station as a spy museum. But for whatever reason, no building has taken place on the site; there are rumors that the city is seeking to buy the hill. But still nothing happens, the domes stand tattered, fluttering in the wind, harking back to a time when they were the ears and eyes of the West and a pain in the arse for the East. Overtime, the site has become a mecca for street artists and is now one of the best street art galleries in the city.

I walked back towards the city through Grunewald Forest, be careful, if you take this route, as it is quite easy to get lost and in a forest that is nearly 8,000 acres, you don’t want to be thrashing about blindly in it. There are tree people too living in the high branches, enjoying Amazonian accommodations on the edge of the sprawling metropolis.

The route brings you to the Olympic stadium and you can take an S-Bahn or U-Bahn from there back into the city. I looked back, but could not see the randomes from where I was, obscured as they were by the forest. What a strange place, a man-made mountain built from the ruins of war scarred Berlin on the ruins of a Nazi college on which the NSA built a futuristic spying station, then abandoned to the impending forest and street artist invaders who transformed it into an eerily beautiful art installation. I’ll leave the last words to TOBO.