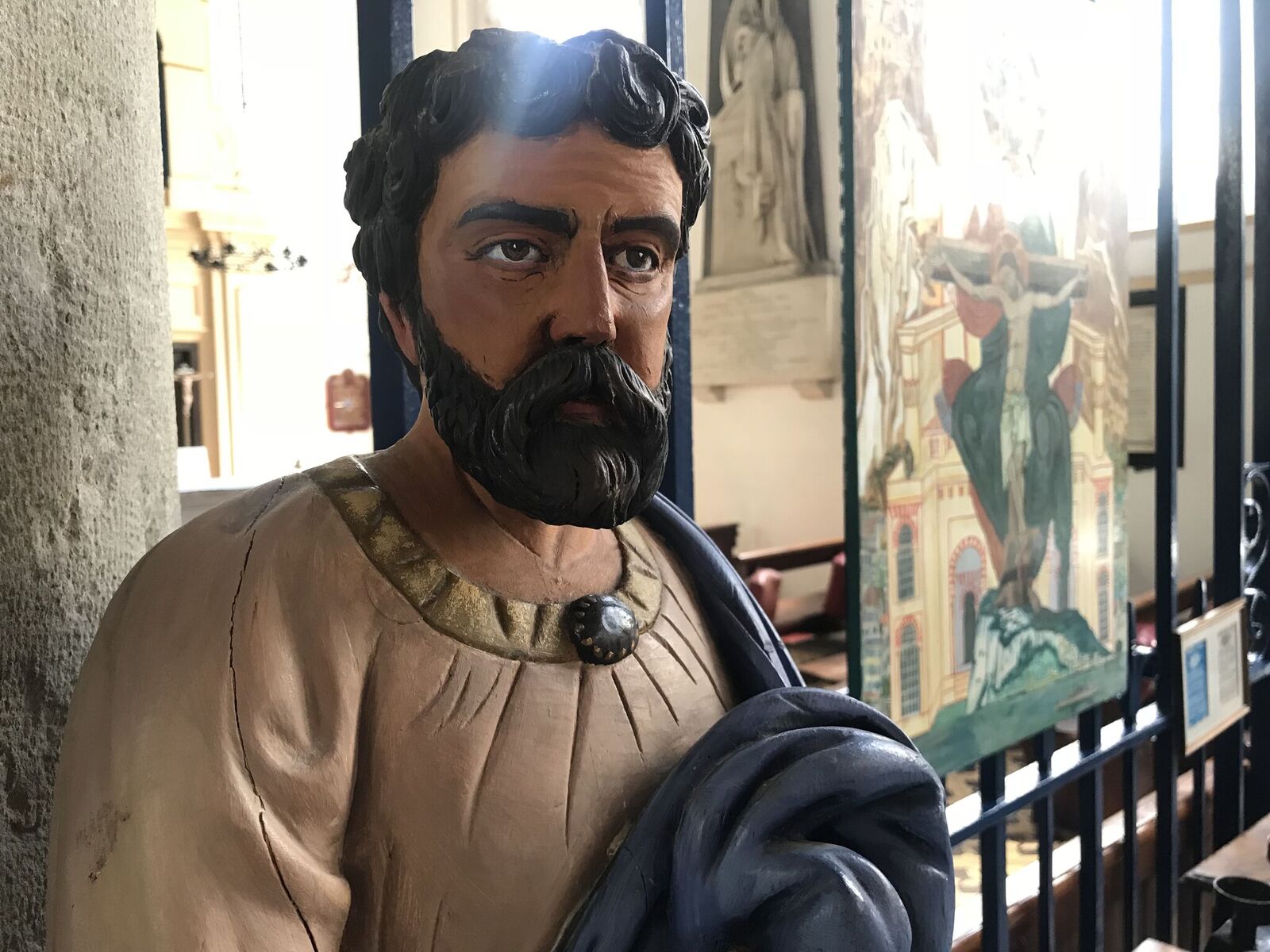 I was looking for a woman who lived a few miles from a tiny village in the west of Ireland, who was a hundred years of age. It was midday. The small public house at the crossroads was crammed with the good boys supping porter and smoking Major. There were a dozen ways to get to her house from there and they told me them all. In great detail. Irish style.

“You know the road past the Church? You do? Well you don’t take that one.”

“There’ll be grass in the middle of the road, but keep going, your’re not far.”

“There’ll be a blue car on the brow of the hill, unless it is Friday, what day is today?”

Eventually, I found her, in a four hundred old, two story, stone farmhouse, behind an immaculate garden with apple trees and a little gate. I walked up the little path, a donkey in the back field brayed over to me. Her front door was a half door, the top half was open. That’s when I first met Florence. She was gazing straight at me. Nobody had told me she was blind.

“Come over to me grasheen.”

She felt my face.

“I thought they would have sent someone better looking,” she said.

We spoke about her life. Man, what a life. She had emigrated to America in the 1920s,returned to Ireland in the 1970s. She had survived The War of Independence, The Civil War, The Great Depression and the two World Wars. She had worked in Hollywood. She had no children, had never met the right man. She had no God either, working as a nurse at The Somme had put paid to that. She lived alone.

She made delicious fruitcake which we devoured between us, whilst swallowing cup after cup of Lyons tea from her best china. She told me that she often wondered had Death forgotten her, that she had been ready for him for over a decade.

“Go on,” she said, “a young fella like you, of course you think that you’ll never want to leave here, but you will, eighty odd summers are more than enough.

I was new to the personal history gig, I was surprised, I thought people of Florence’s age would be clinging on. However, the more time I spent recording people’s lives, the more I realized that Florence’s view was common. People in their ninth and tenth decades are more often than not, ready to, well, ready to die. Cripes.

Having children and grandchildren can help, because of what developmental psychologist Erik Erikson dubbed generativity — the process not of achieving and keeping things, but giving them away to the generations coming behind you. But many people that I have recorded, never mention their children, or grandchildren, some are completely disconnected from their families, some never had children. They are not afraid.

Jeffrey Kluger writing in Time magazine in February 2018 states that , “people are able to come to terms with death as they age, thanks to what psychologists building on Becker’s work dubbed Terror Management Theory. Equal parts denial and self-soothing, courage and fatalism, TMT is what kept Cold War Americans going despite fear of nuclear annihilation, and got New Yorkers out to work on that Sept. 12 following the terrorist attack.”

Gary Sinoff, writing in the medical journal Front Med, in an article entitled, Thanatophobia (Death Anxiety) in the Elderly: The Problem of the Child’s Inability to Assess Their Own Parent’s Death Anxiety State, states, “ Thanatophobia is omnipresent in our lives. Research has shown separate but connected constructs: fear of death or fear of the dying process. The influences on death anxiety are varied including religiosity, gender, psychological state, and age. It is often assumed by the children of the elderly that the fear of death is prevalent in their parents. Daily the medical staff encounters the presence of death anxiety: from family members or the staff itself. In order to understand this phenomenon, a three-tier study was conducted on non-terminal elderly inpatients in an acute geriatric care ward. The study showed that the elderly had low levels of anxiety (scoring 4/15 on Templer’s Death Anxiety Scale) but their children scored higher for themselves (6.9/15) and for their parents (8.9/15). A regression model showed that only the presence of generalized anxiety and religiosity of parent had an effect explaining 33.6% of the variance. Death anxiety of death is usually absent in the elderly but rather they fear the dying process. On the other hand, their children do fear death, which they extrapolate onto their parents. This causes conflicts since the children prevent disclosure of relevant medical information to their parents. This has to be addressed by the staff when dealing with family members, to allow open and honest communication with their patients. The staff need to explain to the family that the elderly are not afraid of death but of the suffering from the dying process.”

Yes, there is a Death Anxiety Scale. And if you score high on it, you suffer from Thanatophobia. Don’t we all. Except, it appears. those who are most likely to die. The dying process itself is the cause of most worries. A peaceful and painless death, preferably during sleep, is a common ideal.

So what is causing the absence of a fear of death? Perhaps it is as simple as Florence’s thinking — that eighty odd summers for most is more than enough.

As I was making to leave Florence, she said,

“Let me tell you a good one, I had to go into hospital there a while back, I was well into my eighties. It was nothing and I got to come home after a few days. The morning I was leaving, I was up and ready and sitting on the edge of my bed. A nurse asked me if I wanted her to arrange an ambulance to take me home, I told ‘oh you’re so good but there’s no need, me father is coming to collect me.’ She thought I had lost my marbles, they got some shock when they seen me father coming in for me in the old Minor, he was almost a hundred and still driving, ah the laugh we had.”

Good old Florence. I attended a few of her birthdays after that, as for the Death Anxiety Scale, Florence didn’t register on it.

So, here’s the secret — the closer you get to death, the less scary it appears to become, so try to live to a ripe old age, if you can’t wait, go talk to people in their ninth and tenth decade, and you’ll see that they are not afraid and that, my friend will hopefully help you a little with your thanatophobia.