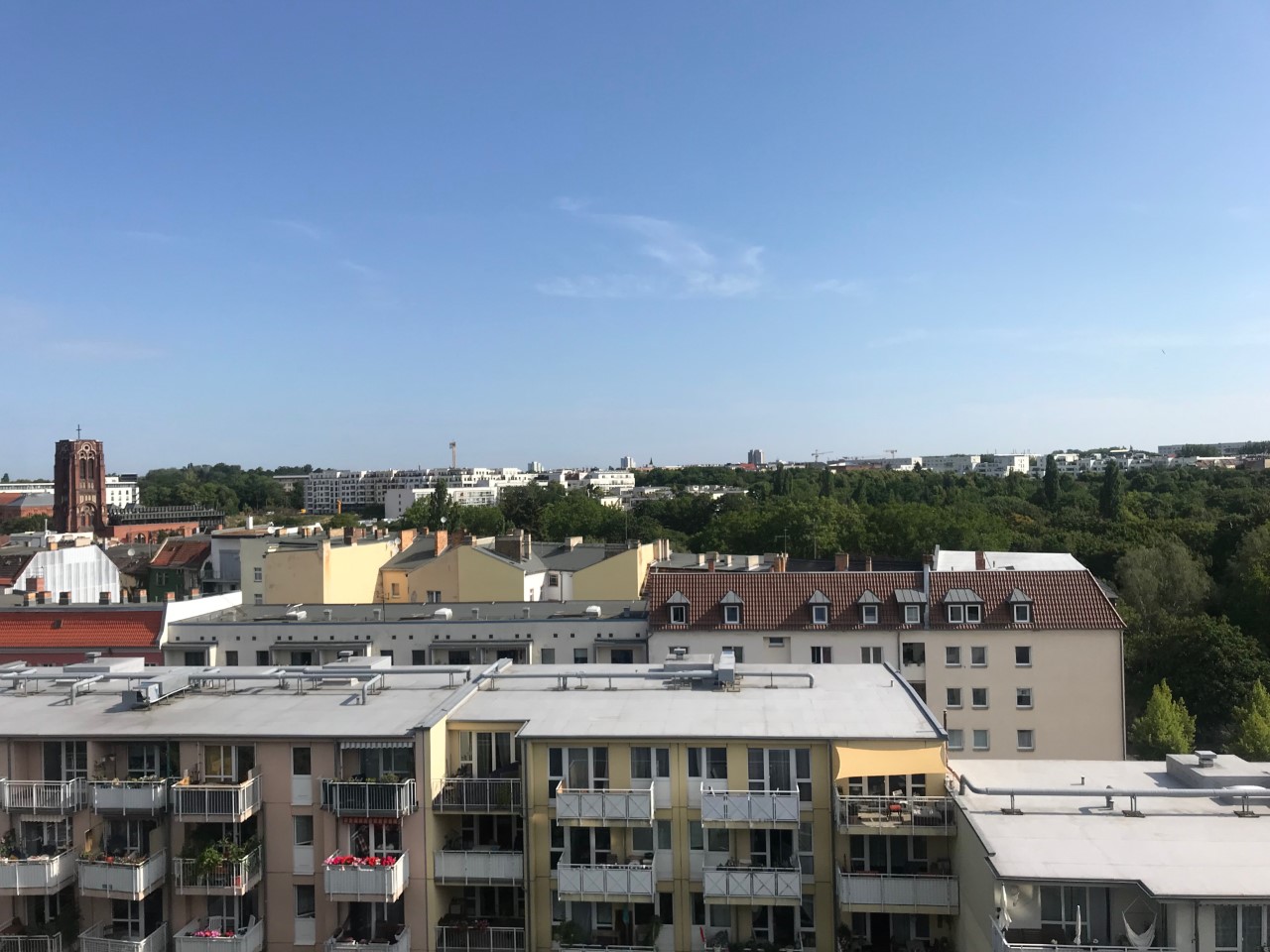 I am in Berlin, working on a Life Story Recording. Due to the client’s busy life, the schedule is at a sedate pace, giving me a lot of free time. I am subletting a small room in a small apartment on the colossal Karl Marx Allee in Friedrichshain. The apartment is on the eight floor, of a grand and impressive, Socialist-Classicist building and my small windows look over the giant oak, maple and chestnut trees of the Volkspark Friedrichshain and on into Prenzlauer Berg and its Wilhelmine buildings. Bells chime, marking the passing of each fifteen minutes from I think the Catholic Church of St. Pius. I am here alone, the apartment is empty, the occupants are in Georgia, climbing mountains, they said. Like I said, I have a lot of time on my hands, I got to thinking about those trees in the Volkspark, those oaks and maples swaying in the summer wind. How old are those threes? One hundred? Two hundred years old? This is Berlin, so you are always thinking, at least, I am always thinking, what have they seen? So, I got to thinking, what have the trees seen come and go and this led me to thinking about vanishing Berlin. It’s an idea that I have heard a lot about. Well, I guess everybody has. Berlin, a city like no other, has been down and out supposedly out so many times, and yet it keeps coming back, like the archetypal boxing champ, she just keeps dragging herself off the canvas. She started small, just a provincial Mark Brandenburg backwater which an incredible family, the Hohenzollern manifested themselves from; survived hellish tortures through the Thirty Years War; swung from the highs of Frederick the Great’s successes in the Seven Years War to being trounced by Napoleon, he clopping in his war fatigues under the Brandenburg Gate and down Unter den Linden (which translates as Under the Linden Trees) turning Berlin into a dried out husk; the city rising like a Phoenix on steroids under Bismarck, who transformed it into an industrial world beater which however perversely led it into the butcher trenches of World War I; on the canvas once again, she stumbled to her feet with the dubious assistance of Lenin and then Hitler who wiped out the attendant Weimar Republic and descended her into a hell beyond all hells. Occupied and then divided, she was literally carved in two, until the Soviet collapse and reunification. So, yes, vanishing Berlin, I looked around at my Spartan room and my sleeping bag on its hardwood floors and chiming of the bells, and the ticking of the clocks and decided that I could well use the abundance of time that I appeared to have to go exploring Berlin and discovering what has vanished or is about to vanish.