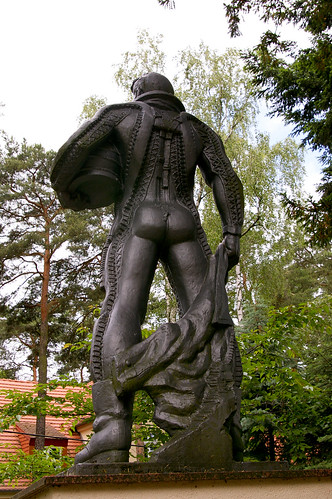 Wunsdorf is a town famous for its statues of Lenin – both of which are difficult to access; but there is a statue of Yuri Gargarin. The Russian cosmonaut is plonked with no explanation in the centre of town. The building in which it is in front of, was, I believe the Soviet Union Commandos Headquarters in Berlin. Unfortunately, unlike Phoenixrosedesign, I did not walk behind Yuri to see his God given ass.